Want to Make Your Husband Happy? Try This!

Just when you think there’s no hope in getting men to help more around the house, researchers in England say otherwise. This new study from the University of Cambridge suggests that many men are HAPPIER when they take part in household chores. Well, this may be true for British men, but my dear husband thinks that this sounds crazy. There’s no way that I could convince him that helping me with the laundry would make him happier than watching the Yankees game. 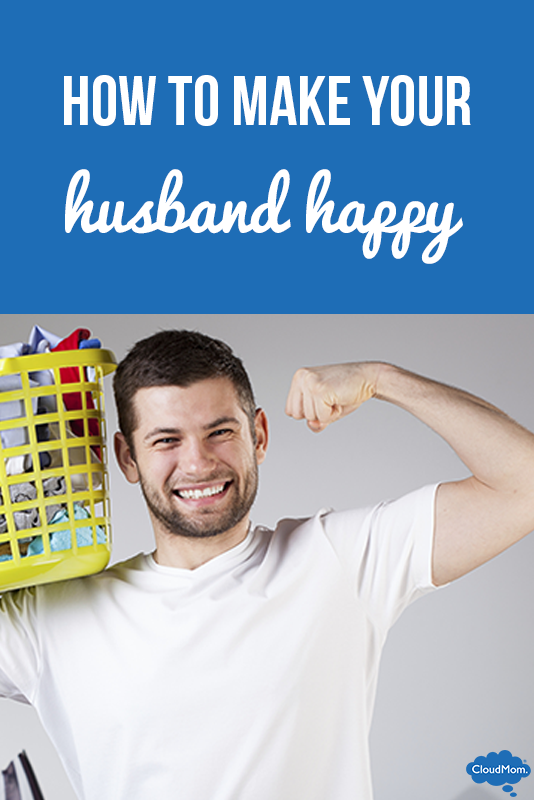 Marriage advice, i.e. getting your husband to help with chores

With nine years of marriage under my belt, I’ve learned how to get the most out of my husband when it comes to pitching in. Ha ha.  I can tell you right now that rattling off a list of things that you do alone — laundry, cooking, working, picking up the kids from school — won’t work. Try to avoid pulling that card because it usually backfires, and then you won’t get anything out of him. Instead, try saying, “Honey, thanks so much for working so hard for this family. I know you do a lot for us.” With this, he’ll know that he’s appreciated, and he will be more willing to help with chores in the house.

Also, when you think of things that he needs to do, don’t make it a list. Do one task at a time, and don’t complain when he takes a long time to get it done. For example, if you know that your child has school paperwork that needs to be done by the end of the week, give it to your husband in the beginning of the week and let him know that there is a deadline. Husbands respond better to compliments than to nagging, so throw in a few compliments here and there and your marriage will benefit. This much I know to be true!!

Mommas, How does it work in your household? Do you both take part in doing chores in the house? Tell me in the comments below!

I usually make a list for my husband, and he can check out the chores at his own pace. I usually have to remind him what is top priority, and I often get frustrated that things don’t get done as quickly as I’d like. I’m definitely going to try this! THANK YOU!:)

Thank you for the list idea! I am going to try that too! That makes me laugh about prioritizing.

Oh, good reminder about thanking them and not just handing lists. Also, I don’t know how many “goodies” I want to offer because I don’t think I could handle 3 kids 😉

Got it, ha ha! Today I did send an email list b/c I couldn’t take any more household admin!