Home » Guide to Baby’s Vaccines in the First Year

Guide to Baby’s Vaccines in the First Year 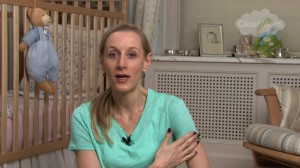 There are probably few topics when it comes to babies that are as controversial as vaccines.  I have vaccinated each and every child according to the recommended schedule, because my doctor said that not vaccinating was much more risky than vaccinating.  But that’s just me.  You have to get your own advice and make your own decision on this huge issue in consultation with your doctor.

For those who choose to vaccinate, I’m going to explain the standard vaccines given over a baby’s first year according to the Centers for Disease Control (CDC) and American Academy of Pediatrics (AAP) schedule.   During this first year, because your baby is just getting the hang of life and his weight and general health will be closely monitored, you will be going to the doctor a lot. Vaccinations happen during these baby visits which typically happen at ages: one month, two months, four months, six months, nine months and one year. It’s hard to imagine when you are talking about shots for your newborn, but before you blink that baby is going to be a year old!

The administration of these vaccines will overlap and your baby will be getting more than one shot at the same doctor’s appointment. Check with your doctor regarding any symptoms your baby has post-vaccine: for a slight fever or fussiness, your doctor might prescribe an infant-safe medication; for more extreme symptoms, he’ll want you to be in touch right away.

Vaccines in the First Year:

Lastly, a special word about the flu or influenza virus. You will definitely need to talk to your doctor about this, but the CDC recommends that babies under 6 months of age do not get the flu vaccine. However, my doctor did tell me that infants up to the age of 6 months are especially susceptible to catching the flu, and therefore recommended to me that all other household members get the flu shot while an infant of that age lives in the house.  Now, if your baby is over 6 months old, your doctor might recommend the influenza vaccine at that time and another dose one month later at 7 months.  If you are super organized or travel a lot, when your child is getting her vaccines, bring that little immunization card you have from the hospital and then you will have your own nice neat record of all the shots. This is good for exotic locations or a medical emergency as treatments might depend on prior vaccines.

Many of you may be wondering how your baby will react to all this. Well, I found that my babies did cry a lot when they had the shots, and here’s how I handled it.   First, I asked the nurse where the shot was going to be and got my baby as dressed as possible beforehand.  If the shot was in the upper arm I dressed her and then pulled up her sleeve so that when the shot was done, I could stick her onto the breast and soothe her right away rather than irritating her more with getting her dressed.  For this reason, have your boob or a bottle right on hand — seriously.  Also, when I held the baby during the shot, and I still do this with all my kids, I covered her eyes because I didn’t want her to see the shot and develop bad associations. Most often, doctors and nurses are really nice about this and will let you sit and soothe and cuddle your baby before you are packing up to leave, so take your time.