Why Picking Your Nose Is Good

I grew up being told that picking your nose was a big no-no.  Like most moms, when I see one of my children picking his nose, I tell him to stop and go get a Kleenex and then wash his hands.  Sounds like the right thing to say for cleanliness and hygiene, right?  Wrong! 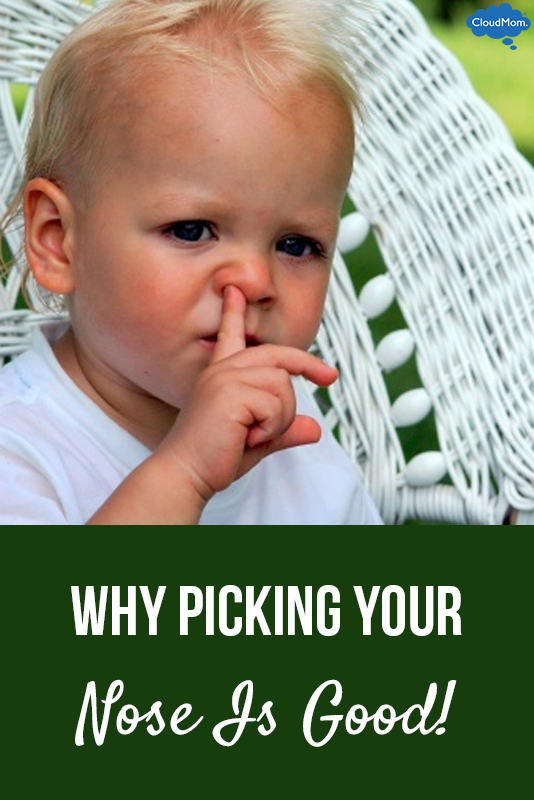 How to Pick Your Nose

In a piece written for childrensmd.org, Dr. Kathleen Berchelmann, M.D. argues that picking your nose is actually good for kids because it strengthens the body’s immune system. The theory is that nasal mucus actually helps introduce pathogens into a child’s immune system that will strengthen the body’s natural germ defense.  Thus Dr. Berchelmann says instead of telling your child not to pick his nose, teach him how to pick his nose.  Watch my video for how to do this!

What do you say moms, can you teach your kids how to pick their noses?  I don’t know that I will be able to!  Weigh in below!

I am an RN and school nurse, so you would think boogey picking and eating would not bother me – but nothing grosses me out more!!! I agree with the theory of introducing germs can help boost immune systems (vaccinations work this way), but there is no way I could stand idly by as my daughter picks her nose. YUCK!

I know, I think yick too! But an interesting theory!