Whenever my kids have one at a party or get together, they’re destined to act like crack addicts.  They start begging for more cookies and cake.  Meltdowns and tantrums are sure to follow.  This happened just last week with Annaliese at a school party.  That afternoon, she was crying so hard I had to whisk her out of the boys school before she threw herself down on the sidewalk.  You might want to blame my parenting, but I’m blaming the juice box. 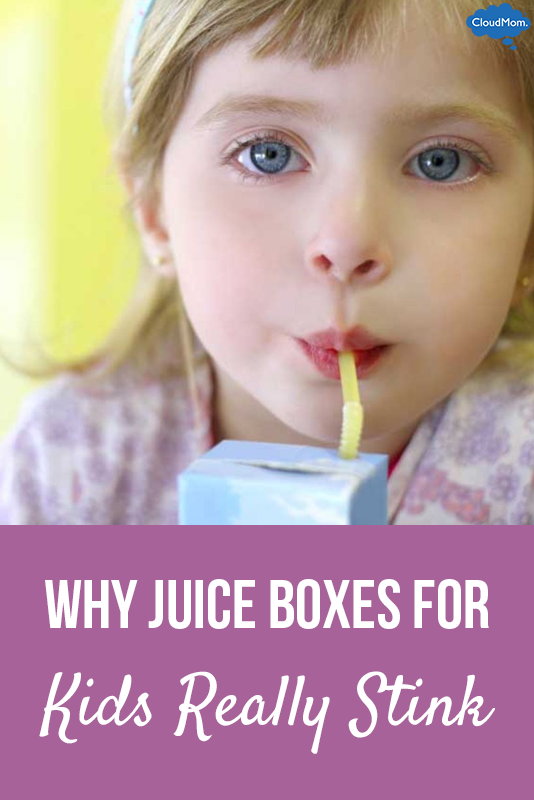 Some people believe in totally restricting sugar for kids.  I don’t because I think that when you forbid anything, you make it more attractive.  Ideally I want my kids to learn how to be moderate with sugar.  So we restrict sugar in my house, but not totally.  Usually it’s fruit and milk after a meal, but on weekends and at parties, a little cake and cookies, and good ‘ole ice cream is fine by me. 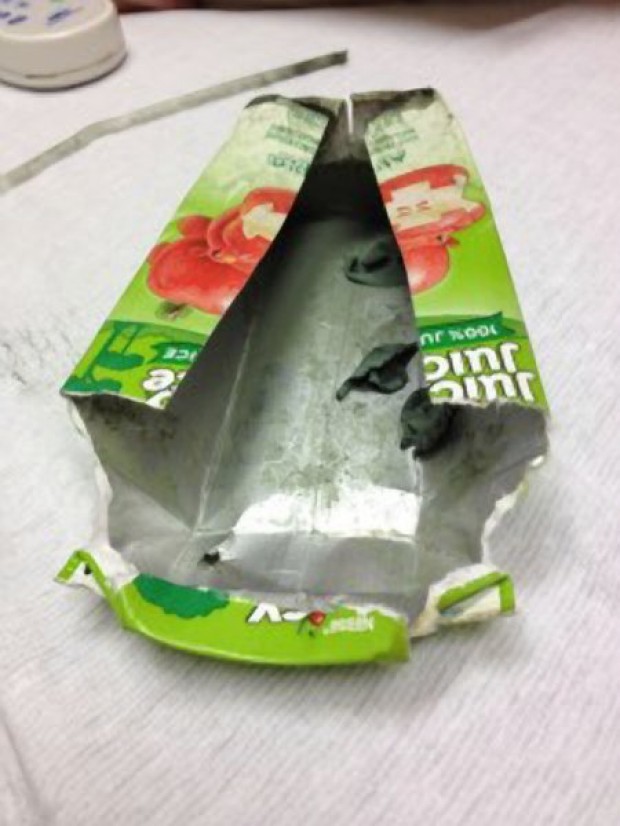 But still, something about the sight of one of my kids downing a juice box has always made me cringe. Maybe because I’m anticipating the publicly embarrassing scenes such as the one described above. Maybe because if given the choice, I personally would opt for the chocolate chip cookies or cake. Maybe because it’s strikes me as sort of odd that alot of us restrict sugar and yet at a party, we have juice boxes for kids AND give them cake.  Maybe it’s the hypocrisy since any doctor will tell you kids don’t need juice, they just don’t.

Anyway, let me get to the point!  Turns out that juice boxes are even less NECESSARY than I thought.

An amazing blog written by pediatrician Dr. Kathleen Berchelmann for hospital/physician blog ChildrensMD, and posted by one of my favorites, MamaNatural, on Facebook, tells the story of how mold can develop in un-expired juice boxes, causing them to look like this: 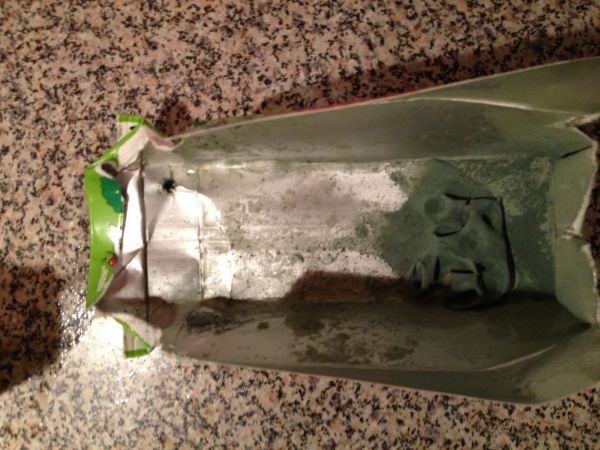 All I can say is YUCK.

This poor girl’s juice box was filled with mold, green slime.  The mold grows because air can get into a juice box causing the sugars to ferment. Since many juices are made without preservatives, mold can grow even more easily.  Good news is that according to Dr. Berchelmann, this isn’t too dangerous, usually just resulting in an upset stomach.

But that’s it for me.  I’ll do cookies, I’ll do cake, I’ll do ice cream, but for my family, juice boxes are pretty much OUT of the game.  We going back to this thing called water for now.

What is your take on kids juice boxes?  Do you agree with me that they are totally unnecessary, or do you think they deserve a place on Earth?  Weigh in below in the comments!

After seeing pictures like this, I refuse to give my kids juice boxes. If they want juice, it’s usually out into a sippy cup. it’s cheaper to buy it by the gallon anyways! (:

Amanda, I totally agree with you — they are just unnecessary — and expensive too!

Wow thats gross. I always get funny looks when my son refuses juice. He doesnt drink the stuff. Poeple here are big on apple juice but it aint any better caise ots apple juice picked and made in a factory an hour away lol

I think apple juice has alot of sugar and they don’t need the vitamins if they are eating fruit — I too am pretty much anti-juice, and now I am anti-juice box! I guess it’s not a bad thing to be militant about!