When to Introduce a Sippy Cup to Your Baby

There comes a point in time when your baby is no longer a baby (sniff!) and they’ll have to transition from a bottle to a sippy cup. Thanks so much to Stacy, A Facebook follower, who asked when that transition is supposed to take place. Such a great question, Stacy! A lot of moms start to worry about introducing a sippy cup once their baby reaches one year of age, but as long as they’re introduced by 18 months of age, then they’re in the appropriate age bracket. 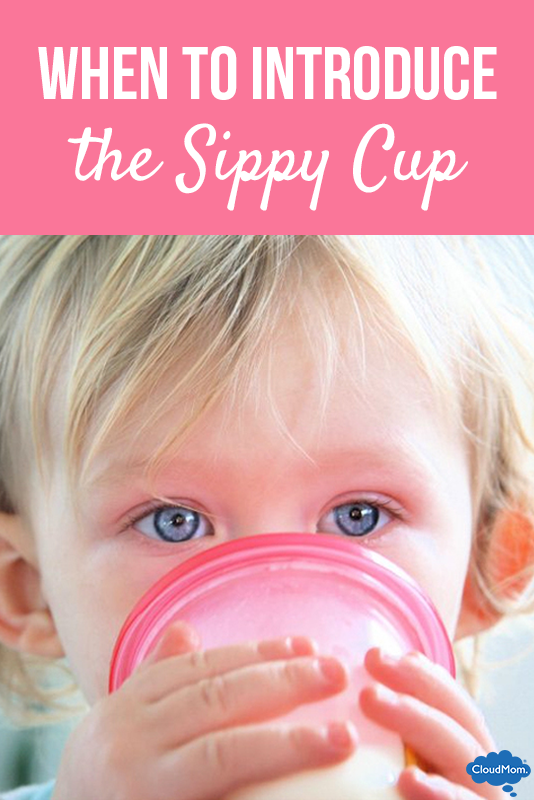 At what age do I transition my baby to a sippy cup?

I used sippy cups at some point after year one with my kids. My son, Beckett, stopped using sippy cups at the age of 2. My other son, Lachlan, stopped at 18 months. The American Academy of Pediatrics says that when your baby is around 18 months, you should no longer be letting them use a bottle because this can result in premature tooth decay. I went a little longer with some of my babies because I was still giving them breast milk, but at around one year of age, I started weaning them from the bottle by giving them cow’s milk and water in a sippy cup.

In another one of my videos in which I talk about transitioning to a sippy cup, I mentioned that I gave my children cow’s milk and water in a bottle with a soft straw before introducing them to a sippy cup. Soft straws can be a lot better for your baby’s mouth because they aren’t as hard as a sippy cup’s spout. If you choose not to use a soft straw, then buying a sippy cup with a softer spout may be something you want to consider so that your baby’s transition is as comfortable as possible. This is something that worked for me, so it may be worth giving it a shot!

Hopefully, this helped, Stacy. Please let me know how it goes! Parents, when do you think is the best age to introduce a sippy cup?

How did you go about this process to make it as smooth of a transition as possible? Share your stories with me by leaving a comment!