When my 4-year-old little girl comes careening down our hallways dressed in a tiara, earrings, and shoes with fur trim, I sometimes wonder if I shouldn’t just chuck away this princess gear, lest it encourage her to fantasize about growing up to do nothing other than look pretty. 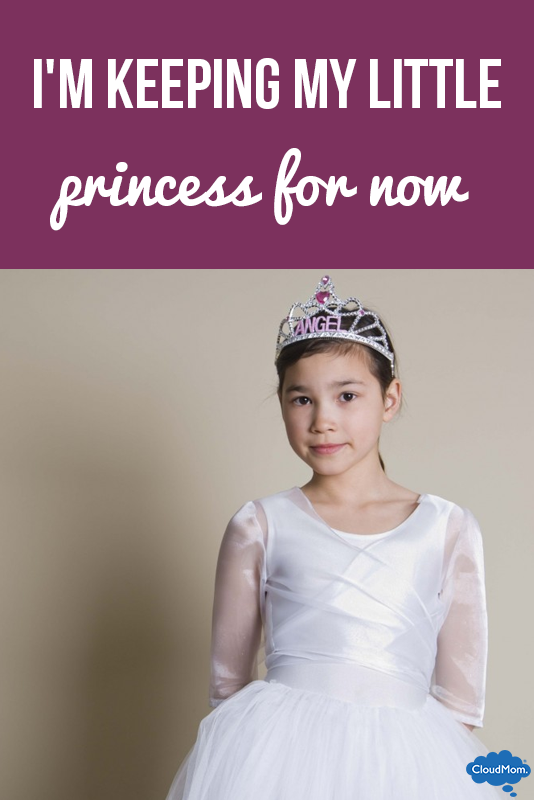 After all, we aren’t nobility, and needless to say my daughter will not one day work professionally as a princess! That message is being echoed loud and clear by the gang over at Sesame Street, where Supreme Court Justice Sonia Sotomayor dropped by last week to teach Abby Cadabby that being a princess isn’t a career choice and encouraged her to aim a little higher.

When it comes to my daughter, I do hope she will have a job someday that she loves and finds meaningful and challenging, but that doesn’t mean I have to throw away her play things and discourage her from practicing at “princessing.” Even though I do worry about sending wrong messages, she is still a little girl, and isn’t part of childhood just imaginary play and exploration?  Must girls (or boys for that matter) only play at being future career types, firemen, policemen, and office-goers?  Can’t they also be princesses?  Have tea?

This sounds like such a basic question but it can be quite controversial, because you get into the issue of gender roles and reinforcing stereotypes of femininity and masculinity.  By giving her a tea set or a tiara, am I condemning by daughter to a life of leisurely lunches with nothing in between?  Will a dab of lip gloss lead her astray?

I couldn’t agree with Sotomayor more that we need good strong role models for our girls (Sonia certainly is one of them) and to instill in them the belief that they really can do anything with their lives.  I will try my best to do that with my little one. But I’m still going to let my girl play dress up.  Life will get serious enough, soon enough, and I am hoping she will be able to make the distinction between playtime and hard work and ambition. I also want her to learn that achievement and femininity aren’t mutually exclusive — witness accomplished role models like the First Lady who boast both smarts and sparkle, and has spoken openly about her love of dressing up.  I even took my daughter to see the First Lady’s inaugural gown when we recently visited Washington, D.C. (breathtaking dress, by the way). 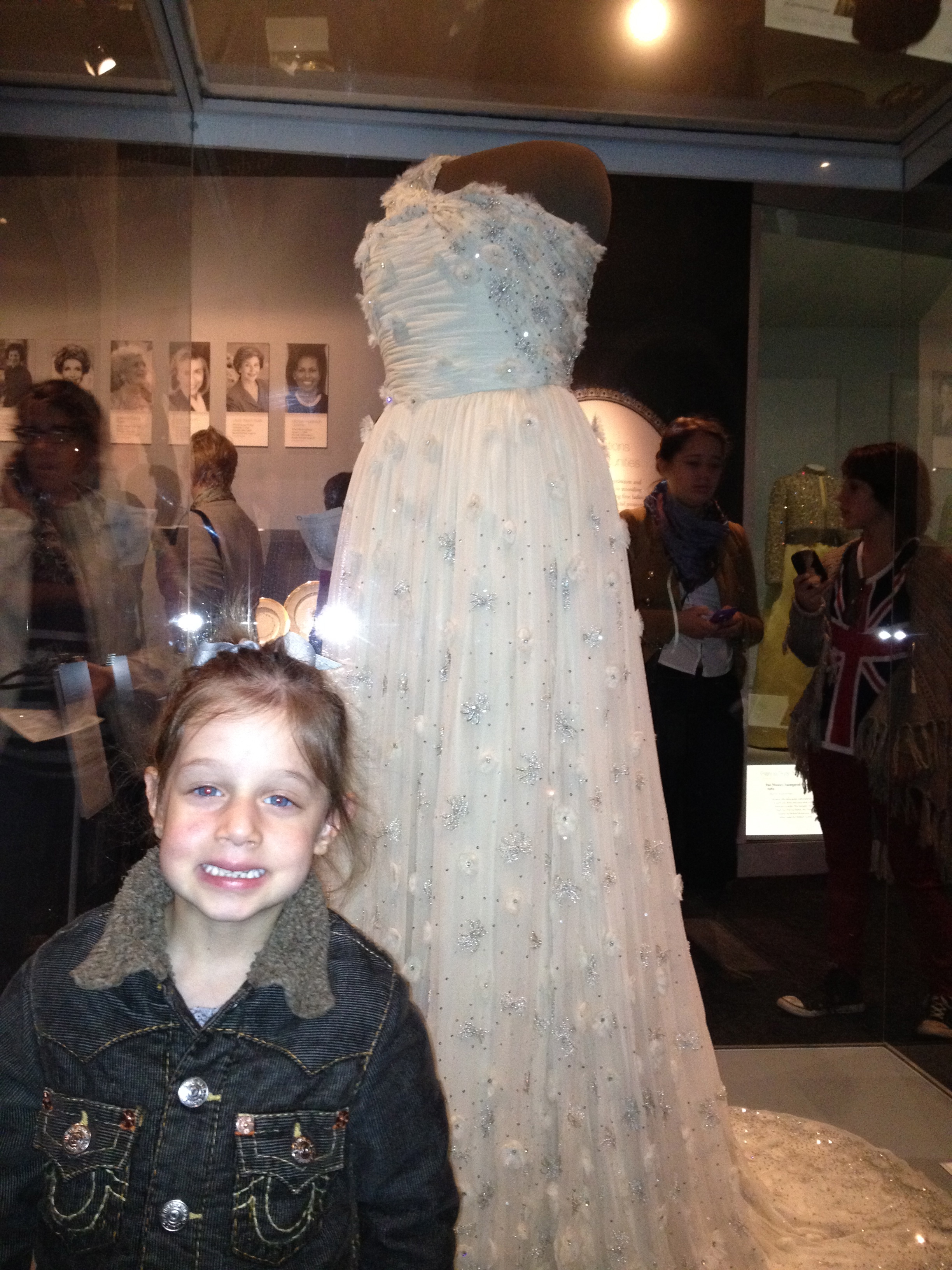 My daughter is the first girl after three boys, so believe me, she gets plenty of exposure to hand balls, blocks, and baseball cards (she’s asking for her own set).  Here she is on the soccer field.  (Forgive the jeans, Mommy didn’t have time to get the right pants so she wore her older brother’s pair, rolled up.) 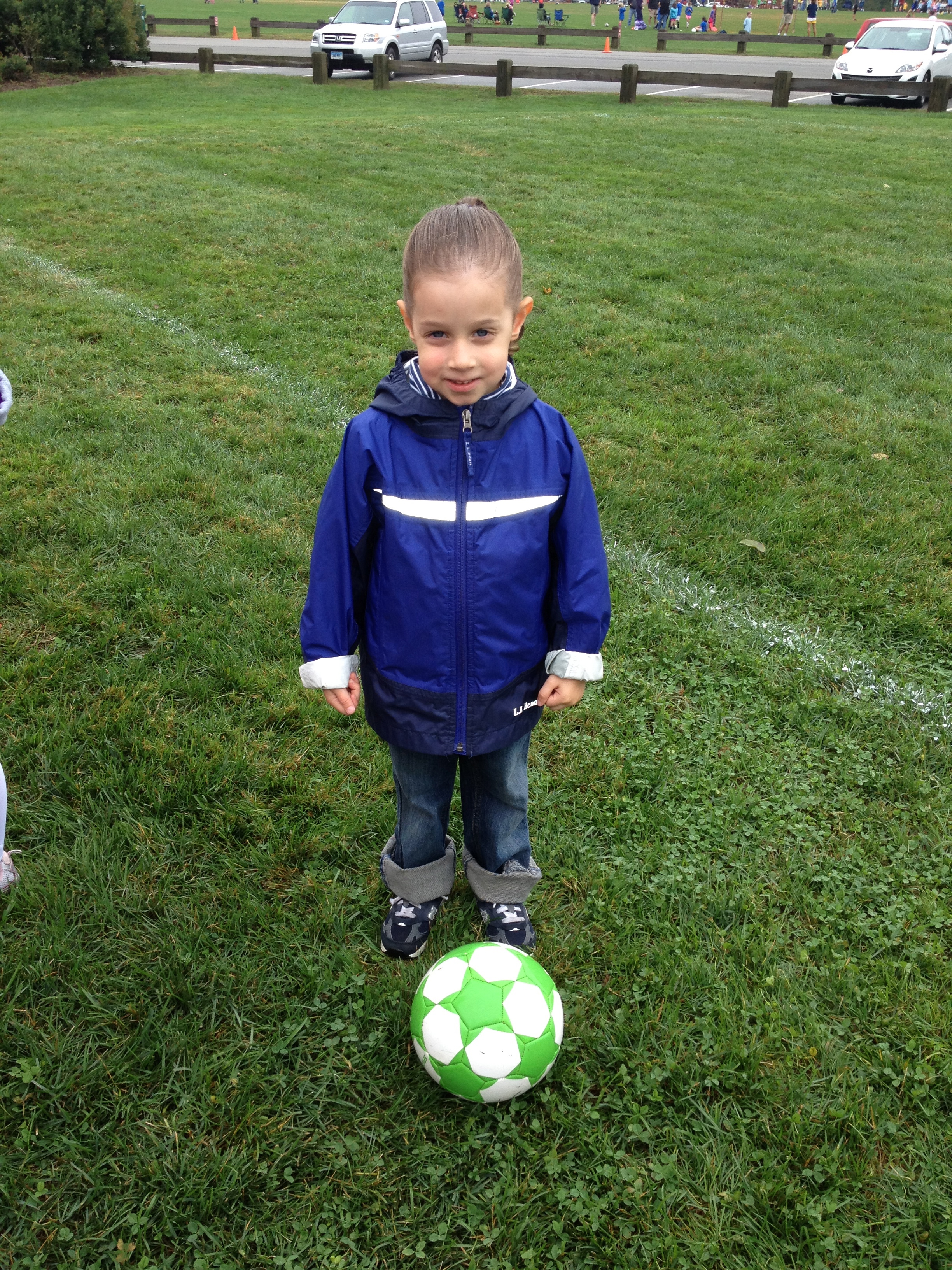 And speaking of my boys, it’s worth pointing out that they adore playing with Harry Potter capes and wands, and no one is suggesting I need to teach them that they won’t grow up to be wizards one day!

Do you allow your little girls to play princess? What do your children aspire to be one day? Comment and let me know.