Why We’re Going Natural and 7 Reasons to Cloth Diaper

Ever feel like you are spending way too much money on diapers?  Yup?  Well, me too.  I’ve been feeling that way since 2004 actually so we’re coming up on 10 years of diapers in my house with many years of multiple kids occupying them.  Although I was a cloth diaper baby, with my own babies, we haven’t cloth diapered.  Yet when I hear the arguments in favor of doing so, I find them very convincing.  So I was delighted when my friend Amanda Carney who recently launched a new blog on creating a natural lifestyle Fluff Bum Babies offered to weigh in with her arguments in favor of the cloth diaper.  Read on and weigh in below with your views on cloth diapering! 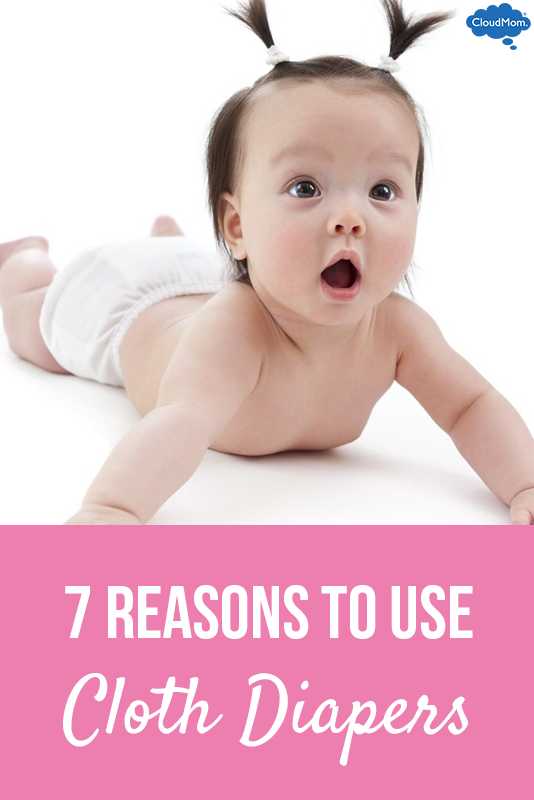 Why We Use Cloth Diapers

We used to be those parents that bought cookies, chips, and other junk food items at the store weekly. We used to be those parents that were totally laid back about everything! 10 o’clock bedtime? No big deal. Fast food 4 days a week? Whatever. And then… something just clicked. Our kids are 18 months apart and we love it. But we completely changed our parenting style when our second was 14 months old. We decided that we would limit our junk food intake and fast food dinners. We set a strict bedtime of 8:30 every night. For snacks, our kids have cheese and crackers, veggies with homemade ranch, fruit, veggie chips, or dried fruit. We switched from disposable diapers to cloth. Why did we change so suddenly?? Why did we switch so late in the game to cloth diapers? 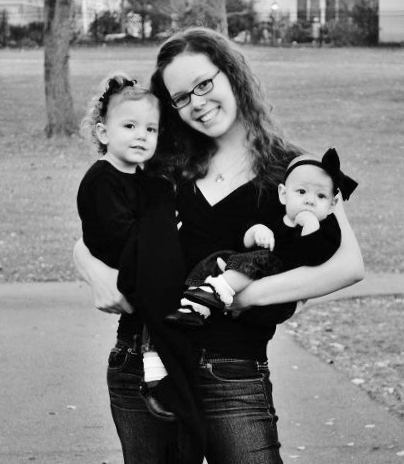 1) Money. Kids are expensive. In todays world, living is expensive. We needed to save money. Cloth diapers fixed that for us. We bought them a few at a time and bought some “China Cheapies” to build a stash. I bought an entire stash for our younger toddler for under $200. Seeing as how she won’t start potty training for at least 6-8 months from now, we’ve saved about $200-$300 from what we would have spent for disposable diapers and wipes. We can also save them for any future babies we have, saving a few thousand dollars since each child will cost roughly $2,000 to diaper until the age of two.

2) Environment. Most people don’t know that you are actually supposed to dump any waste that is put into a disposable diaper into the toilet before throwing it away. Disease can easily spread through feces and we are putting it into our landfills. The diseases could easily travel into our water supply or our farming soil and cause an outbreak. It will also take decades for a disposable diaper to decompose. The diapers that we are putting on our babies today, will still be around when their grandchildren and great grandchildren are born.

3) Chemicals. I never took the time to look at what a disposable diaper was actually composed of until I started learning about cloth. I did so much research in this matter because it was really hard for me to believe. Two chemicals, dioxin and sodium polycarbonate, were taken out of feminine products in the 1980s but still exist in our disposable diapers. Dioxin is listed by the EPA as the most toxic of cancer related chemicals. Sodium polycarbonate is the gel that can sometimes leak out and end up on baby’s bum. It is also known as SAP. SAP was removed from tampons because of the risk of Toxic Shock Syndrome and because it was considered a breeding ground for bacteria.

4) Convenience. How many moms and dads have had to do a late night diaper run? We have a few too many times to count! With cloth diapers, I can see the amount we have dirty and the amount we have clean because its all in one place. If we’re running low, or even run out, I just throw them in my washer. Now the hubby doesn’t have to go to Walmart at 10pm and I don’t have to put on a bra!

5) Potty Training. Most cloth diapered babies potty train sooner than babies diapered with disposables. Some say that its because they actually feel wet where as in a disposable, all the moisture is taken away from the skin.

6) Goodbye Rashes! Most rashes occur when the baby’s skin does not “agree” with the chemicals in the disposable diaper. Some babies get rashes from Huggies but are okay in Pampers and vice versa. With cloth, its very rare for a baby to get rashes. My daughter used to get them frequently with disposables but since switching to cloth, we’ve had two. One of them was just food related because her body did not agree with that particular food. We have to use a “cloth safe” diaper cream when she does get one but “cloth safe” creams have less chemicals than the typical rash cream.

7) ADORABLE! Have you seen the adorable colors and prints that cloth diapers come in?! I have polka dot diapers, pink diapers, purple diapers, ones with flowers, animal prints, and so many more. The cuteness factor is limitless. I totally admit to being “that mom” and have my daughter’s diaper match her outfits.

We occasionally still use disposables but we make sure that they are unbleached (no chlorine) and free (or have less) sodium polyacrylate.  It is very hard, if even possible, to find a disposable diaper that does not contain SAP. When you do find a diaper with a little amount of SAP, you’re going to spend a lot of money for that! Other than switching to cloth, we’ve also ventured into babywearing, essential oils, and becoming more aware of the products we use on a daily basis. We are in the process of switching our personal hygiene products to the more natural, less chemical stuff for both ourselves and our children. We eat out maybe once a week to every other week and focus more on homemade meals. We’re planning for a garden next year so we can grow our own vegetables and herbs and start canning simple things. We have done a complete turn in not only our parenting style but our lives. I am a firm believer that parenting is just a huge, complex, learning process and it is never too late to start trying something new!

Moms, do you cloth diaper?  Weigh in below!

I’m glad I came across this article! My 6 month old is using disposable now & I was thinking about making the switch. Thank you!!!

glad you liked it! I wish I’d gone this route, as well!

Hi Melissa I love your very informative vlog especially now that I have my 1st new born and there is no time to read! Great job!

Would you be able to post the whole procedure on how you do the cloth nappy – how to fold, how to know when it is changing time, how to not get a leak on to the rest of the clothes, how to wash nappies, stain removal etc

I’m using reusable nappies since my baby was 1 month. First reason was because he had terrible nappy rush now he doesn’t have any sign and i don’t use anymore cream on him.
Now my baby is 4 month old and i can say after a while that i really love them!Ok you have to put a little bit of effort to organize everything but as soon as you get more practical it’s really easy!