I’m sure you saw the pictures of pregnant Kate Middleton and her royal baby bump yesterday – it was hard to miss them! Fresh off a “babymoon” on the island of Mustique, the duchess appeared tan, relaxed and happy.  She looked stunning in a Max Mara wrap dress at the charity event at London’s Hope House. But I still felt sorry for her. 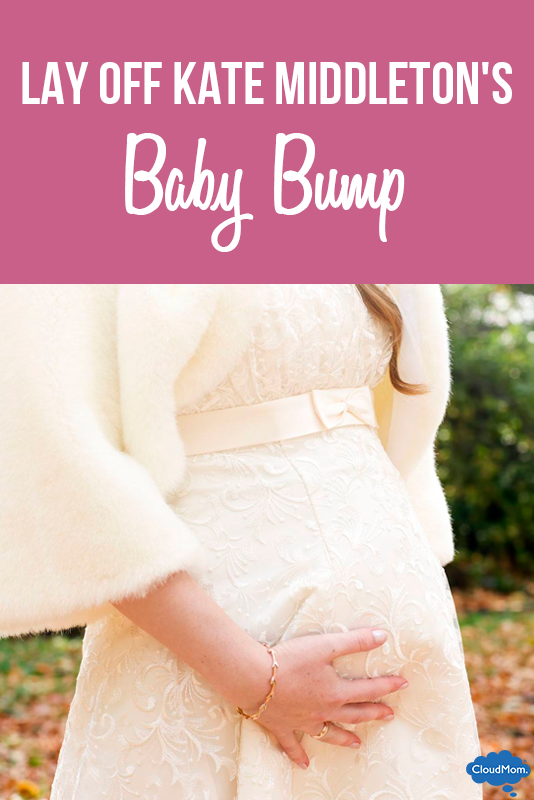 Why? Well, because some people are already jumping all over the duchess for her “tiny,” “barely there” belly. 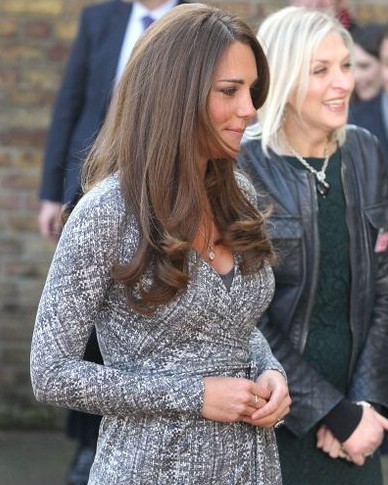 Due in July, Kate is only about four months pregnant, so if you ask me this is just another reminder that pregnancy is a time when women are criticized no matter what they do or how they look. You can’t win!  It’s just too much, and I think we all need to lay off.

For some taller women, like me, you might look smaller when you’re pregnant, and that doesn’t say anything about how healthy the baby is. Or you might have had a lot of morning sickness — like Kate Middleton — and not have gained much weight in the early months. Or you might just not have “popped” yet. Still, whether you’re a royal or a regular old mama-to-be, people always seem to feel comfortable making comments about how you look and whether your pregnancy seems to be going well.

I did have five small babies and I didn’t gain a ton of weight with any of them — some people actually asked me if I had a surrogate!  The truth is, it had a lot to do with all the medications I was on for my high-risk pregnancies. I was on forced bed rest with a pump of medications into my leg and hormone shots that made me feel very sick – and the last thing I needed was to feel guilty about my weight gain on top of everything else.

That’s just one side of the coin. You’ll surely get some comments if you look small, but God forbid you look too big! Then you’ll be scrutinized for being huge — witness Jessica Simpson. Even Kim Kardashian, who is due around the same time as the duchess, isn’t immune to this – she’s been called “bloated” and “fat” in recent weeks.

And once you have that baby, it only gets worse. You’d better lose the weight fast and make your debut as a “momshell.” But don’t get back in shape TOO fast! Then you’re doing your baby a disservice by dieting and having trainers and not nesting enough, like Beyonce.

It’s a no-win situation, and just another way in which we objectify women by valuing them based on their physique over their other talents.  And unfortunately for Kate Middleton, it’s only just beginning.

Do you agree that people are too hard on pregnant and postpartum moms and make too many comments? Weigh in (no pun intended!) in the comments.

I even got that from my own mom! my babies were small. my second was only 6 lbs 4 oz born at 39 weeks. even though I gained weight (went from 123 to 170!) she’s always tell me that I needed to eat a Big Mac. or to go eat this or that at family functions. I ate constantly! but I was small to begin with for my height (5 ft, 6 in) so when I gained my weight, it plumped up my arms and legs a little bit. I looked healthier pregnant! I would get upset about her saying that, my husband would be livid. he saw that I was eating all the time and I was also eating healthy foods, not junk like she’s recommend. I totally agree that people just need to back off and let us do our thing!!

Agreed! Can we all not just be happy there’s a new life coming into the world? It can be really stressful and overwhelming (especially for new Mommy’s). Just smile, say congratulations and you look wonderful:-)

and why are we women subject to everyone’s opinions all the time regarding what our bodies look like? enough! xoxo Melissa