Eating Nuts During Pregnancy Lowers Risk of Allergies in Babies

Just recently, I came across a very surprising and interesting read from the New York Times which stated that pregnant mothers who were eating nuts while pregnant may actually lower the risk of a peanut allergy or other allergies in their children. The article was based on a pediatrics study from the Journal of the American Medical Association (JAMA) Pediatrics which involved 8,205 pregnant mothers who did not have peanut allergies. These mothers gave birth to their children between 1990 and 1994, and the researchers found 140 cases of peanut or tree nut allergies among the offspring. 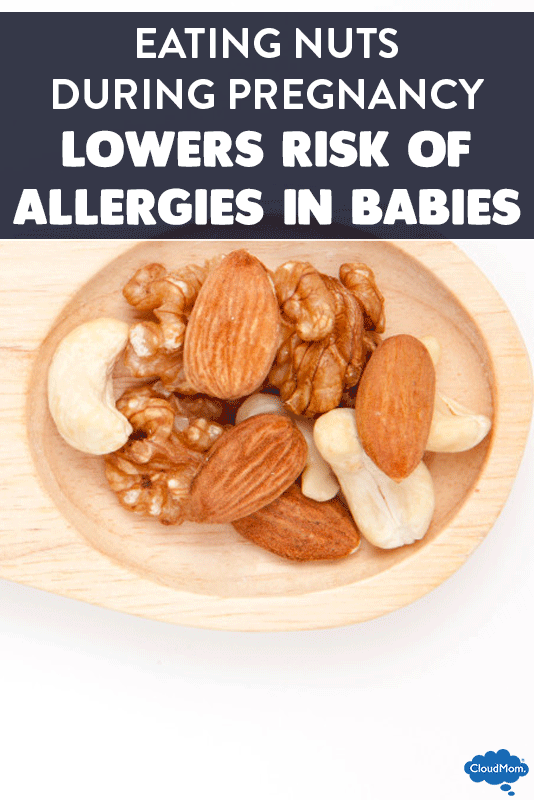 According to background data from the JAMA Pediatrics study, peanut allergies in children have tripled, going from 0.4 percent in 1997 to 1.4 percent in 2010. Not surprisingly, pediatricians noticed the steep increase and have since recommended that pregnant mothers steer clear of peanuts to prevent a development of allergies in children. This sounds pretty logical, doesn’t it? Well, it turns out that the researchers from the study found that mothers who consumed nuts at least five times a month, thus giving their children early allergen exposure, were almost 70 percent LESS likely to have a baby with a nut allergy than those who ate nuts less than once a month. Counter-intuitive and fascinating, isn’t it?

“Previously, women were concerned that eating nuts during pregnancy would probably lead to an allergic baby, but our data dispels that,” said Dr. Michael C. Young, the senior author of the study. “A woman who is pregnant can eat peanuts without fear that she will have a baby allergic to peanuts.” This is good news, mamas!

The JAMA article states that allergen exposure is more likely to help than hurt, simply because it helps the baby build a tolerance to it. This is great because peanuts and other nuts are wonderful sources of protein and can help give you that extra boost of energy (which you’ll need plenty of when you’re eating for two!).

Mamas, do you or your child have a peanut allergy? Does this make you feel a little less worried about consuming nuts while pregnant? I’d love to hear what you think, so please share your thoughts and stories!