Home » Mom » Parenting » My Most Embarrassing Mommy Moment Ever

My Most Embarrassing Mommy Moment Ever

Even though the internet is now flush with blogs from us mom-folk dismantling the myth of the perfect mother with their embarrassing mom stories, I still find that in my everyday life it’s very hard to admit to other people, including friends, that things are not perfect at home.  So a sudden trip to the emergency room during a recent family dinner party taught me an important lesson about letting down my guard and realizing that good friends don’t judge. 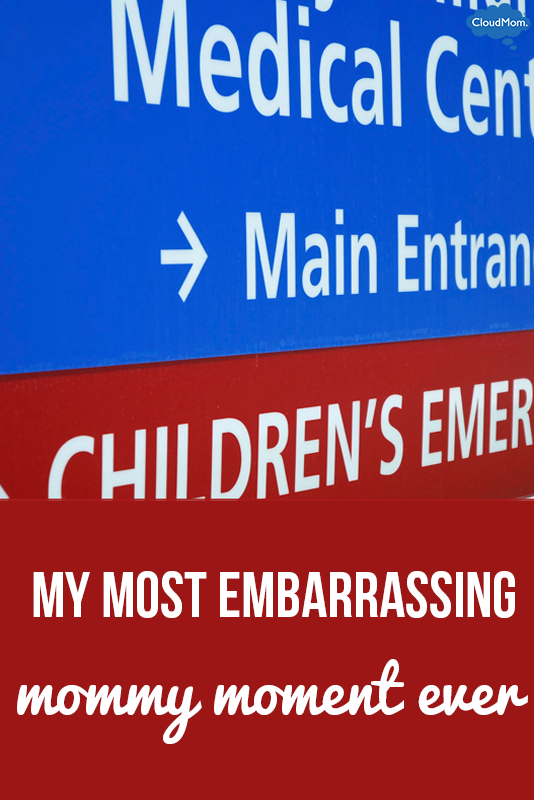 What happened? Well, one of my boys hit another one of my boys  in the forehead with a Harry Potter wand (which is now somewhere in a landfill).  My son’s forehead swelled up so fast that we adults collectively decided a trip to the ER was in order, and off went my husband with the patient.

Since the situation didn’t seem too dire (and we decided I could always get to the hospital if need be), I stayed home to hold down the fort, serve up dinner and see the friends we had invited over.  But on the inside I was truly embarrassed, mortified actually.

I was really ashamed that my kid had done this.  I was really angry at him, and not just for hitting his brother.  I was furious at him for potentially giving other people who don’t know him as well as we do the wrong impression.   I was worried about what my friends thought and that they would judge my sweet child (who I know to be a pretty good kid all around, and not a meanie or a hitter).

“I don’t know why he did that; that doesn’t usually happen,” I said. And I’m sure I didn’t say it just once.  I’m sure I found different ways to say the same thing at least ten times.  I do that when I’m nervous and compulsively trying to make things right.

Despite these feelings, as the evening went on and we awaited my husband and injured child’s arrival home, I found myself comforted by my friends’ presence and grateful that they were there.  They were the ones that stepped up and said it was all par for the course.

They were so un-phased and nonplussed that it eventually struck me that they weren’t judging my child nor me.  I was judging me.  I was blaming myself.  I was the one who was looking around and trying to find a reason for what happened. They were completely understanding and supportive. Every single time something bad happens with my kids I blame myself; I figure it’s because I could have done something differently.  I think it’s this pressure I put on myself that made me even angrier with my child, because he had brought this huge guilt upon me.  I should have said “ he made a mistake, now I have to work with him to show him why.”

Good thing my friends were there to save me from my own self and take the pressure off.

Does anyone else feel responsible for every single thing their kids do and put themselves through the wringer when bad things happen? Are you constantly blaming yourself for your kids’ behavior? Comment below!