Home » Mom » What Screws Us Parents Up The Most

What Screws Us Parents Up The Most

This morning I did something a little out of the ordinary for me.  I went to a yoga class.  Most of the people in the class seemed to be Alvin Ailey dancers or professional yogis. 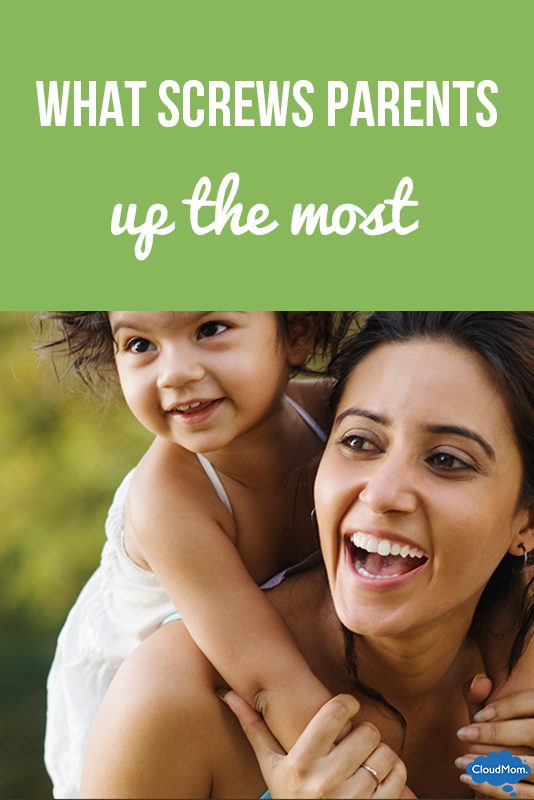 They were hoisting their bodies up balanced on a finger.  I was trying to figure out which foot to put in front of the other.  In one particularly confusing sequence, the instructor — one big 6’5″ statuesque muscle of a man — stops by my mat and says:

“I just started off on the wrong side so I figured I should finish because otherwise everything will get all messed up,” I said back defensively, so embarrassed.

“Just do it right now because otherwise it will get worse,” he claimed.  Encouraging words. 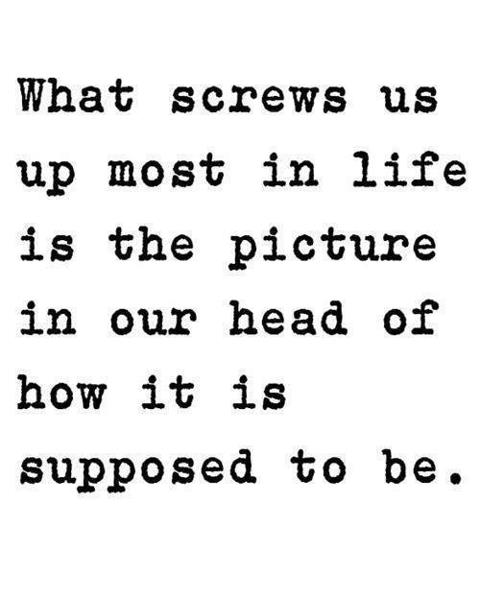 So I moved my left foot forward and stumbled and twisted for another hour.  Personally, I really liked the part when you get to lie still in the dark at the end the best.  I almost fell asleep.

Later on today, that word that the instructor had used to tell me I basically SUCK kept ringing in my head.  “Are you a child?”  He meant, are you an idiot?  Can’t you follow directions?  Is there something wrong with you?

As I thought about it, I realized that it wasn’t a very nice thing to say about CHILDREN (let alone my yoga skills), and then I thought even more about how we use the words child and childish — and baby — both with adults and kids when we think they’re coming up short.

A young guy who can’t commit to a relationship?  What’s a good way to put him in his place, girlfriends?  Call him a child.

An adult who can’t control his temper?  Childish.

And a child who cries or has a tantrum?  We bring him even further back in time and call him a baby.  I have to admit that in my lesser moments I have told my kids on more than one occasion: “don’t be a baby.”

“Are you a child?”  Still thinking about this use of the word child, I then saw this quote from that awesome Glennon at Momastery (love that woman): “What screws us up most in the life is the picture of how it’s supposed to be.”

Bingo.  I think I understood what was irking me all day.  That instructor called me a child because he thought I should be better at yoga.  And I’ve resorted to calling my kid a baby because I thought he should be more mature.  But here’s the thing.  The expectations are all wrong because I’m not good at yoga, and my kid is just a kid.

What screws us up is the picture, the expectation, of how things are supposed to be.  If you start out saying: “here’s my kid, he’s 7 and when something doesn’t go his way, he’s freaks and has a meltdown” then no matter what happens, you’re prepared.  Or at least you’re not disappointed.  And when he doesn’t have a meltdown, you’re on cloud nine.

If I can stop painting that pretty picture beforehand, I bet I handle my kids better.  I bet I won’t feel frustrated when things aren’t going my way.  I’ll just feel that things are going as they go.  I won’t feel so behind, so inadequate, so “didn’t get everything done-y”, so frantic. Like I’m a rat running around a treadmill filled with forms, playdates, birthday parties, baseball games, overdue library books, and leftover portions of pasta with meat sauce.

I’ll still be running, but I won’t be the rat.

So I think I’m tossing out the pretty picture and painting the pretty but not perfect mixed picture of what my life with kids is really like.

Here are some pictures:

In one, there’s a green hill with a sun and a cute little tree and then kids playing but one is crying because he didn’t get the ball.

In another, two girls are holding hands but one is looking down dejected because her scoop of ice cream fell off the cone and onto her foot.

Then there’s one with a mom with 5 kids and she just remembered she doesn’t have a First Communion shirt ready for “the big day” next Saturday.

And then there’s a mom sitting on the bus holding a hand that’s still a little chubby, pressing into it so that’s she’ll remember years later what it feels like.

Those are today’s pictures for me.

And out of the picture, at least for now?  That particular yoga class.  I might try a more beginner’s level.

May your pictures lift you up and be real and true, and not bring you down by being false and unrealistic.

The quote at the top is so true!