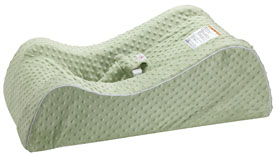 Hello parents, this is the second recall we’re reporting on today here at CloudMom and this one is a biggie.  Nap Nanny and Chill Infant recliners and covers have been recalled by Baby Matters LLC after 5 infant deaths.

In December 2012, the CSPC (Consumer Product Safety Commission) filed a case against Baby Matters in connection with these Nap Nanny and Chill Products.  As part the settlement of that case, Baby Matters is now issuing this voluntary recall of all models of its Nap Nanny and Nap Nanny Chill infant recliners and covers.

From 2009 to the present, the CSPC received at least 92 incident reports involving the Nap Nanny and Nap Nanny Chill products, including five infant deaths. There were 92 reports of infants hanging or falling over the side of these recliners, including some infants who were restrained in the product’s harness.

CPSC urges consumers to immediately stop use of all Nap Nanny and Nap Nanny Chill recliners and to DISPOSE of them to ensure they are not used again.  Baby Matters LLC is no longer in business and is not accepting returns.  In December 2012, four major retailers — Amazon.com, Buy Buy Baby, Diapers.com, and Toys R Us/Babies R Us-announced a voluntary recall of Nap Nanny and Chill models sold in their stores.  Consumers who purchased a Nap Nanny from one of these retailers should contact the retailer for instructions on how to obtain a refund for the product.

Please spread the word about this important Nap Nanny recall!  Thank you.  Melissa