It’s Ok To Yell At Your Kid, Really?

I’m one of those people who feels such profound guilt that it can keep me up nearly all night. 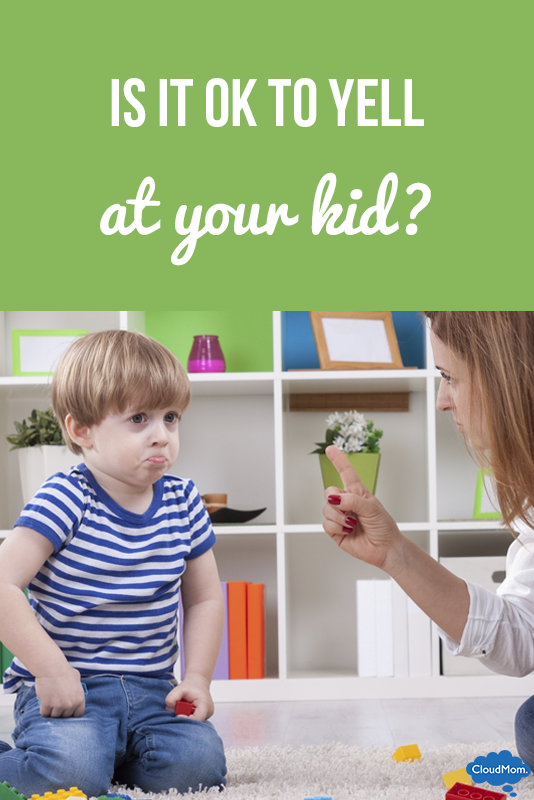 The night before last, that kind of guilt invaded me.  And the night was L-O-N-G.  I lost my temper while one of my kids was playing his piano, or actually not playing his piano.  After asking him nicely five times and his continuing to slam his hands down on the keys in what I’d call the bulldozer style of piano playing, I lost it.  He ended up in a time-out and leaning down, my face red with frustration, I told him that given how lucky he is to play the piano, and how much money we spend on the lessons, the least he could do was have the respect to not destroy the instrument.  Just a slight exaggeration on my part.

Out came Daddy from his nap and I was so furious that it’s always and only ME dealing with these excruciating piano practice sessions (which was HIS idea, let me point out) that I lost it with him too.  “Hope you enjoyed your 1 1/2 hour nap,” I said.  Dad wasn’t happy and stormed into the laundry room to pay bills, stranding me for a few more hours with all the five kids.  Guess there were a lot of bills.

So I lost it not with one, but with two, and adroitly dug myself deeper into my hole!  Let’s just say it wasn’t my best day.

For the rest of the day, I thought back with horror at that episode with my son.  I hadn’t screamed, and I hadn’t hit him, but I was clearly way more angry than the situation merited.  I took a bad situation and made it a lot worse.  I felt miserable.  Nothing makes me feel more anxious, worthless, and just plain depressed than the idea that I’ve done something wrong when it comes to my kids.

Yesterday, I’m sitting at baseball game #3 (yup!), two cups of coffee in my gut which are hardly doing the trick — serves me right, frankly — and up pops this article in my Google alters:  “Harsh Discipline Good for Children If Offset by Loving Parenting.”

I read on.  The article, based on a study of teenagers published in the journal Parenting: Science and Practice, found that the painful effects of harsh discipline such as verbal threats or spanking, are offset by a child’s feeling of being loved by their mother.  Children could be yelled at, threatened or slapped, but the “perception of maternal warmth” protected them against anti-social behavior.

OK, researchers.  You can yell at your kid, or worse, hit you kid, and your kid might not end up manifesting anti-social behaviors.

I’m glad that kids who have gone through this kind of thing likely are going to be ok.

But you know what?  I guess this conclusion doesn’t really make me think that I’m off the hook for getting too angry with my son.  I still think I was completely wrong.

Despite how much I messed up, in our family we don’t believe in any sort of harsh or physical punishment of any sort.  I grew up getting spanked from time to time by my loving parents — for Pete’s sake, it was the 70’s! — and I don’t know that I think it’s affected me at all, but it’s nothing I would ever do with my kids.  For my husband too, spanking or any forms of harsh punishment are simply out of the question.

I don’t think being harsh is fair to kids because they’re just learning.  Plus it’s ineffective and sets a bad example, because in being harsh we adults are basically saying: if you don’t like the way something is going, be harsh — get mad, explode, scream, or even worse, hit.  What could be a worse message?

And you know what, my goal as a parent is not just to prevent anti-social behaviors.  My goal is happy kids who have the skills to navigate sticky situations.  Someone cuts you off on the road, slips in front of you in line, gets the promotion you think you deserve, overcharges you, what do you do?  Scream?  Slap them?  I don’t think so.  Maybe if you vying for a show on Bravo, but in the real world?

We’re better than that, right?  We can do better than that.  Which is why we parents have to bite our tongues until they’re bloody. We have to sit on our hands lest they move in the wrong direction.  Because it’s not about how crappy we feel or what we feel like doing, which often is not something very nice, let’s be honest folks.  It’s about how we sound and how we look, the example we set.  Can kids be super annoying, Y-E-S.  But no one, not you nor your kid, will remember that.  What endures, what matters, is how you react.

We’re human.  We get tired, frustrated, and worn down.  At the end of the day, 300 whiny questions under my belt, I’m about ready to snap.  I’m sure I’m not the only mom who has said something she later regretted.

Did my lovingness make up for it?  I think so.  Are my kids smothered with love, I hope so.

But do I want to yell again?  No way.

Next time I want to hug and show more empathy.  I want to say something like: “you know what, kid, this piano song is really hard, right?  I bet you’re feeling a bit overwhelmed by it, I feel that way sometimes too.  So let’s just take the first little bit and try to get that done, and then we can do more tomorrow.”
I want to transcend the anger, show some love and move in the same direction.
I want to sleep.
It’s really the only possibility when you think about it.  I just hope next time I do a little bit better.

Anyone who has been through this, I’d love to hear how you grappled with it.  Love, Melissa xoxo

Thanks for this article,

I think we as modern parents HAVE to find a better way to discipline our children. Certain children at certain ages can be communicated with in a rational way. Talk to your children, tell them how things are and how things will be in the household, with firmness, not screaming. If we as parents and examples are completely irrational, communicating with screaming and idle threats, what good does it do?

This is a very timely article for me to read. With the school year aproaching I find that my son will have the same teacher as last year. We had issues with her screaming at the children and using guilt trips to communicate with her students, for example she has been diagnosed with a disorder and was telling the children she has to take 16 different meds to put up with her class, these were 5 graders. In our home we are very low key and do not yell or scream, we have clearly out-lined consequences for certain actions, period. I plan on either writting her a letter or having a word with her tonight at the open house. Any suggestions on how to address this issue??

I read an article a while back that showed that todays new parenting, which means no yelling or spanking, can turn kids into wacko adults. When kids are not scolded, they grown up not only not knowing that there are boundaries that they should not cross, but also grow up selfish and insensitive to others. So maybe they seem all nice on the outside, but would not think twice about harming or deceiving someone. Why wouldn’t they, this is what they have been made to feel all their lives.