I Hope She Looks Just Like Me, Or Not?

Who doesn’t wonder when they’re expecting a baby whether that baby will look like them and in what respects?  If this is not top of mind, usually family members and friends will pipe in with a few predictions, saying things like:  “he’ll sure be tall” or “your baby will definitely have blue eyes.”  Think also how it’s traditionally a compliment to have someone say about your child “she looks just like you.” Which is why when we hear that, we say thanks. 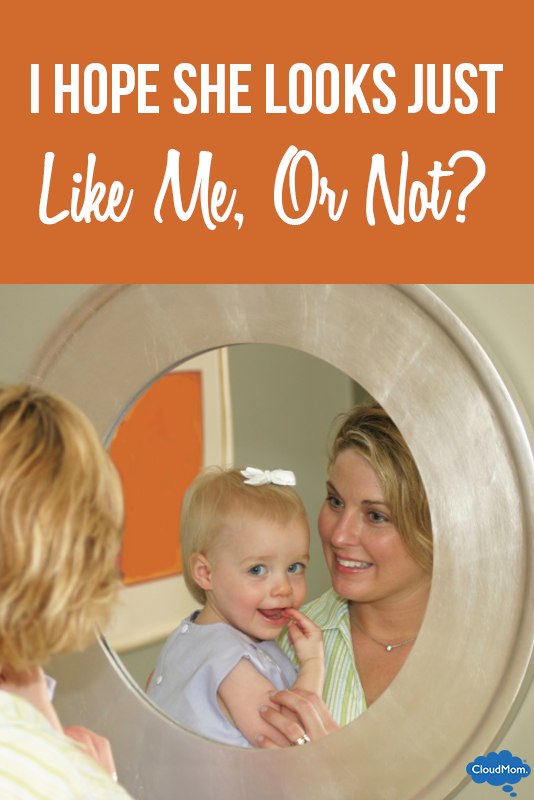 But as much as we think we might want our kids to look like us in theory, in actuality that physical resemblance can be a source of heartache for moms who have struggled, themselves, to get comfortable with their physical appearance over the course of their lives. 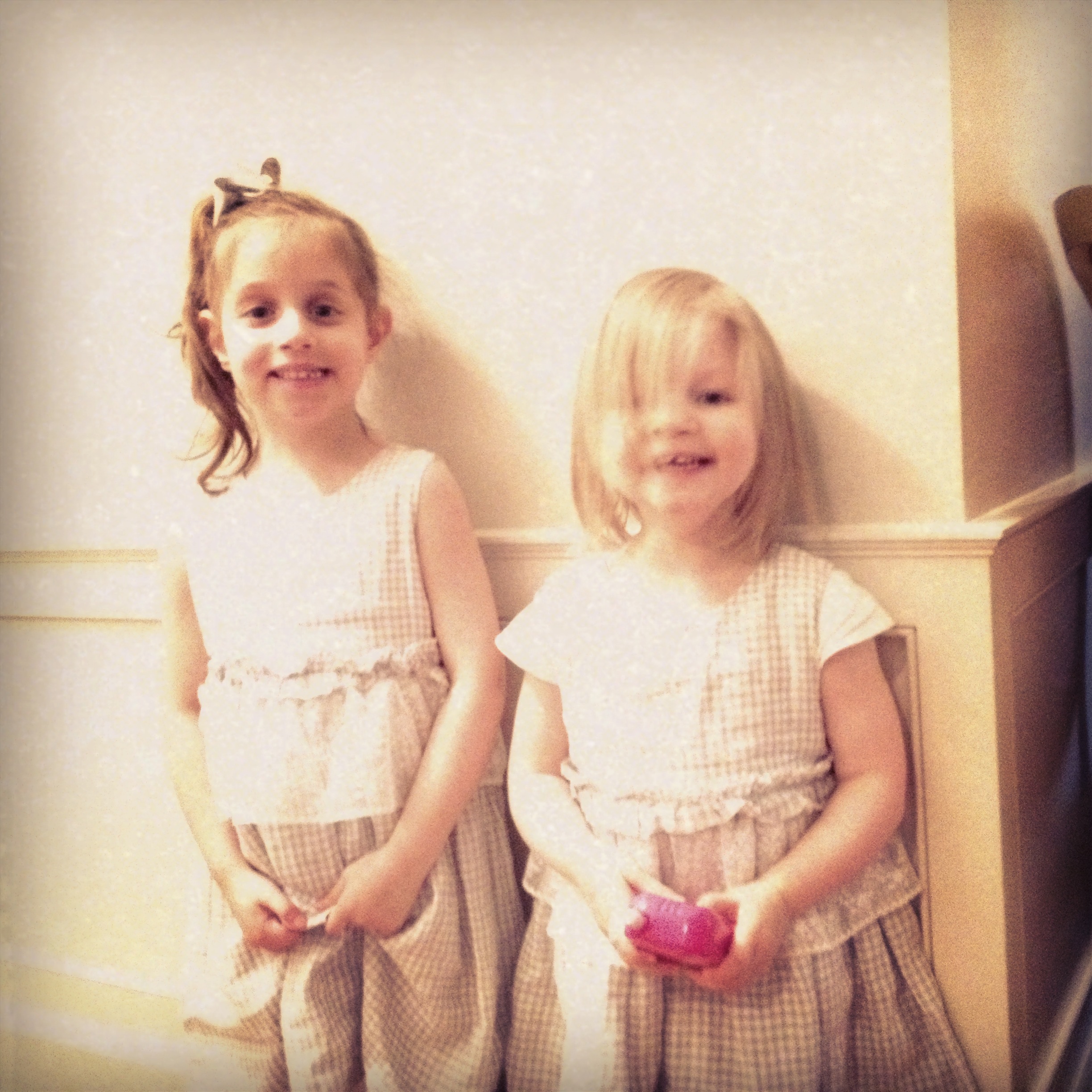 Annaliese and Marielle on Easter Sunday

Because like many women I’ve struggled so much with painful insecurities about aspects of my own appearance, and looked at my own children wondering how inheriting some of my least favorite traits would impact them, a piece by one of my favorite bloggers Allison Tate (writer of that awesome viral piece “The Mom Stays In The Picture“) really hit home for me.  In She Looks Just Like You, Allison recounts how her baby daughter resembles her and how poignant that is for her given her own struggles during her youth with body image.

I saw Allison’s piece just after I had woken up early on Sunday and was getting ready for my five kids to roll into the kitchen.  One by one they arrived in their mismatched pajamas with tousled hair, missing socks.  First was Hedley, my oldest who was shortly thereafter whisked off to baseball with his Dad.  Hedley is tall and blond like me.  I think he’s the cutest thing on Earth, but looks like he might end up with Momma’s fine hair.  And low and behold, I found out this year that like me, he didn’t develop adult teeth where his initial baby teeth grew.  This is a family trait he inherited from me and his maternal Grandmother, and it’s one that has caused me a lot of stress, anxiety, and expense to be honest (I had a bridge as a young woman and got implants where those teeth are in my late 20’s).  Here he is, my little man.  Thankfully, he’s looking pretty self-possessed here: 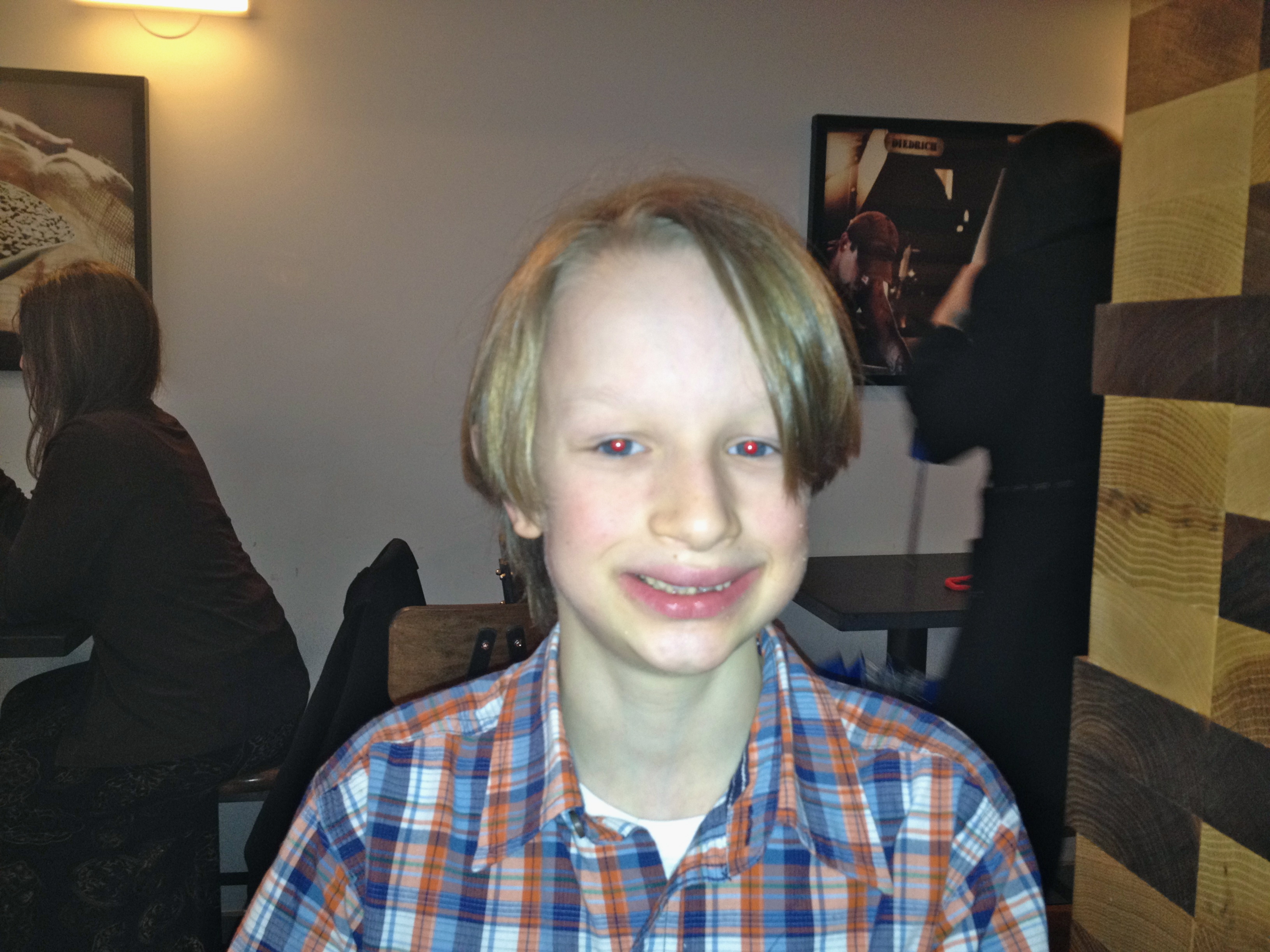 My fifth baby Marielle was next and she also looks like me and my mother’s family.  Marielle’s blond like me (who knows how thick her hair will be, jury’s still out on that) and sports a gap between her front teeth even bigger than what God originally gave me!  She took one of my least favorite traits to the next level!  I knew that girl was determined. 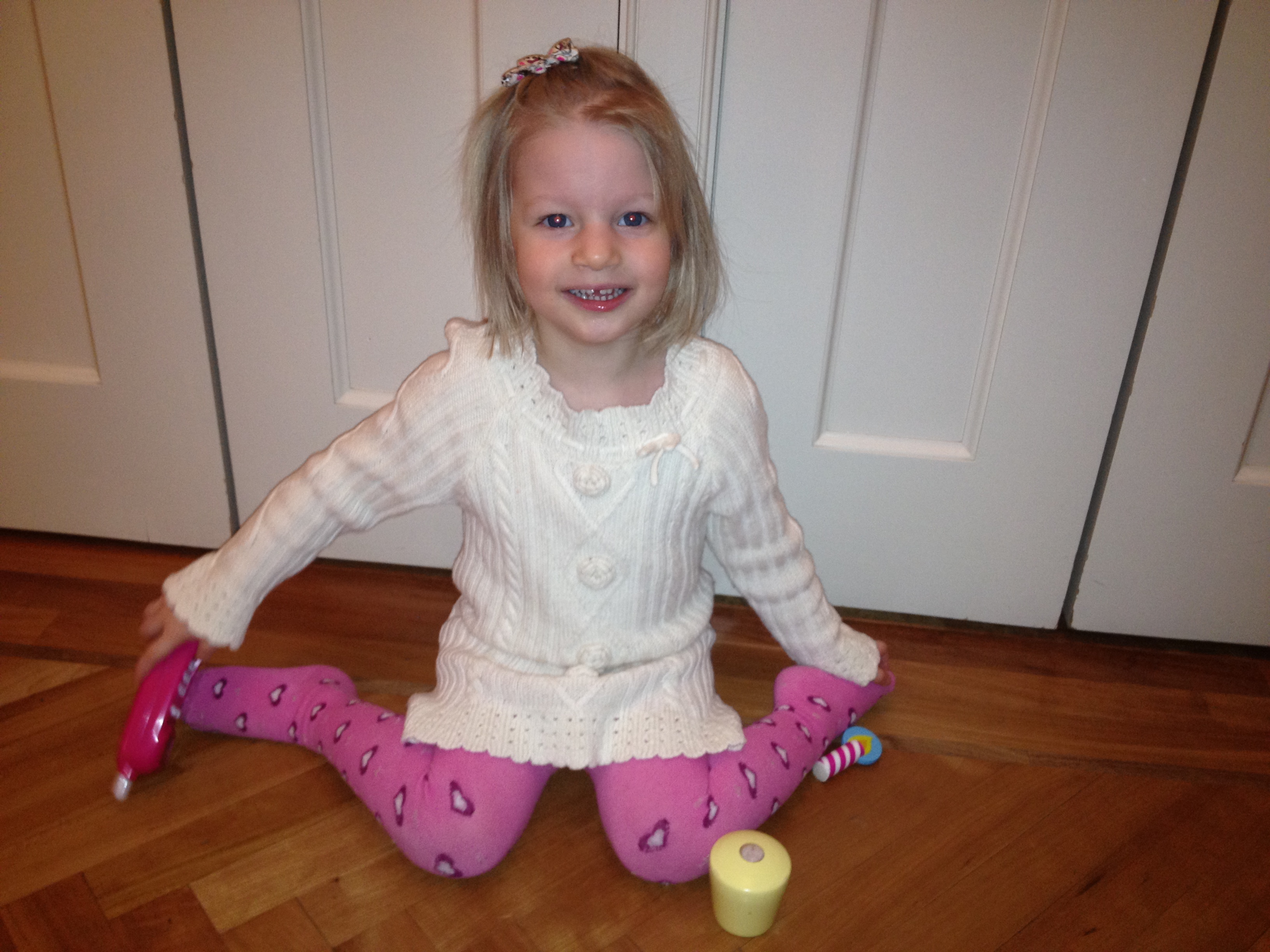 My other three kids have parts of me, but seem to have escaped from “the teeth” and “the hair.”

Why so much heartache over teeth and hair, you ask?  To a young women, my teeth brought embarrassment, even humiliation.  In High School, I honestly think my teeth contributed to my not ever having had a single boyfriend.  I was too insecure and didn’t even want to talk to boys. I didn’t want to talk because I didn’t want them to see my teeth!  Funny, because I was always a talker and usually it was hard to get me to shut up.  Once in college, a temporary bridge I had fell out on one of my first dates into a bowl of pasta.  Mortifying!  I swooped the bridge into a napkin and fled to the bathroom.  Let’s just say that date did not turn into a long-term relationship.

Imagine my shock when we first visited the orthodontist this year and she told me my eight year old had no adult teeth also in two spots, and will eventually need one or two false teeth!  All I could think about was that tragic date of mine back in college.

Like my teeth, my hair has equally slowed me down and contributed to a lot of angst and grief.  Still today, when I look at pictures (or my vlogs) the first thing I say to myself is “my hair looks like crap.”  I’ve honestly said to myself that Hedley can crop it short and that it won’t matter so much because he’s a boy.

Allison writes: “…In the moment that I acknowledge that my baby girl does look “just like me,” my throat tightens.  A million images, snapshots of my life, flash through my mind before I can stop them.”  And she goes on to recount some of the more painful experiences of her adolescence relating to her appearance.

I am living exactly this flashback when I look at Hedley and my girls.  Because although I let Hedley off the hook on the hair front, with my girls, I constantly scrutinize them to see whether their hair is thicker than mine, and I’ve joked about this many times with friends and family members, saying “all I want is for them to have thick hair.”  I’ve asked the hairdresser, “is it growing in” and every time I do a ponytail, I look at how thick it is.  I don’t want my girls to get my thin hair, that’s a fact and it’s influenced how I look at them. Now, reading Allison’s piece, I feel ashamed about that.

It doesn’t matter if my kids have thick hair or perfect teeth, what matters is how they feel.  Do they feel good?  Do they feel capable, confident, attractive to others?  As Allison writes: “I hope that she believes that she completes a picture, not that she ruins it.”

My job as a Mom (not just in raising daughters, but in raising sons too) is precisely NOT to impose my own history, my own insecurities and misgivings about myself, on my kids, but rather to let them go out into the world with a solid footing and to feel, as Allison says, as if they are “enough”.  Enough, not the most, not the best, but enough — valued, important, and loved.

Moms, do your kids look like you in ways that you like or dislike?  How does this make you feel?  Weigh in below!