For the first time ever, I have four of my kiddies in a day camp all at the same time. That’s 80 percent of my offspring, which leaves me a little lonely and questioning what to do with all of my new-found freedom! Since they’re all away, I decided to do a couple of vlogs about camp to help other moms who are going through the same thing. And this vlog’s topic is…camp food! 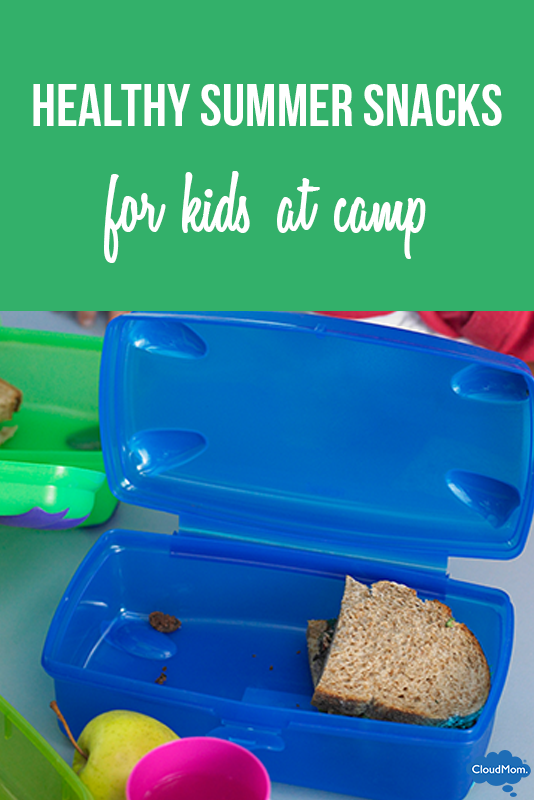 What are some healthy snack ideas for kids at camp?

The junk food that’s doled out at day camps may be exciting and yummy to the children, but it makes me more wary of what my kids are consuming. I understand that it’s a tradition for camps to serve food that’s more on the junky end, but I find myself completely torn! I want my children to eat healthy but I also don’t want them to miss out on all the other camp snacks that the other children are getting. Because of this dilemma, I struck a deal with my kids: for two days per week, they’re allowed to eat the lunch provided by the camp, which is usually McDonald’s, pizza, cookies, etc. The only condition is that they have to say ‘no’ to juice. By cutting out juice, they’re taking a large portion of their sugar intake out of the equation. For the other three days during the week, I send them off to camp with some healthy summer snacks such as a sandwich with cheese, granola bars, and raisins. I don’t even bother with cut-up fruit, because it just won’t work during the summer.

For me this is good enough. It may not be 100 percent, but it’s good enough for me (which I have to admit, I’ve been saying a LOT lately). So far, it has seemed to work with my children and I think it’s good for them because it gives them a sense of empowerment. They get to choose their own two days, so they feel like they’re part of a decision rather than just being told what to do. It also ensures that they aren’t completely deprived of the camp experience, but at the same time, they aren’t getting used to eating junk food all of the time, either. For more on how I’m figuring out this issue, watch my vlog!

Parents, what are your best practices for handling junk food for your kids? If you have any tried and true methods that keep your kids eating healthy, let me know in the comments below!