How To Deal With Tantrums at Home

HI everyone, Melissa here from CloudMom.com.  There are a lot of beautiful things about being a parent, but there are some really annoying ones too – let’s be honest.  And one of the most annoying frustrating things is tantrums in children!  Adult tantrums, annoying too but at least you don’t feel as if it’s your responsibility to control them! 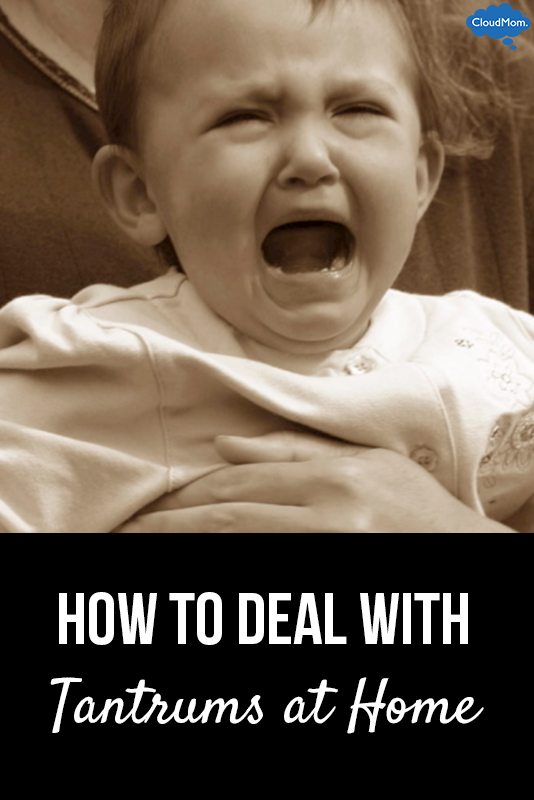 My kids had them so bad I was like: the terrible 2’s start at age 1 and end when exactly ??

I’ve witnessed a lot of child tantrums at this point and I have gotten better at handling them.

Below are 3 ways to deal with tantrums at home, be sure to watch the video for more tips!

1)   Number one thing is your state of mind.  Stay calm and don’t react.  When you get upset, it’s gonna get worse.  When you stay cool, it ends quicker. Say to yourself: this is part of having kids, he’s learning, just imagine he’s like a rocket or a feisty animal and let him go go go, sooner or later he’s going to burn out.

2)   Number two – don’t try to actively STOP the tantrum as if you are a fireman putting out a fire!

3)   One other good tip is to cool yourself down by drinking several tall glasses of water.  This comes from parenting expert Julie Ross.

How do you handle tantrums?  Please comment on this vlog with any advice you might have on how to handle tantrums. Thank you so much for watching and keep cool!