Moms, today is the first day of World Breastfeeding Week 2013!  Over the next week, we will be honoring this important week by running a post or video each day on breastfeeding. 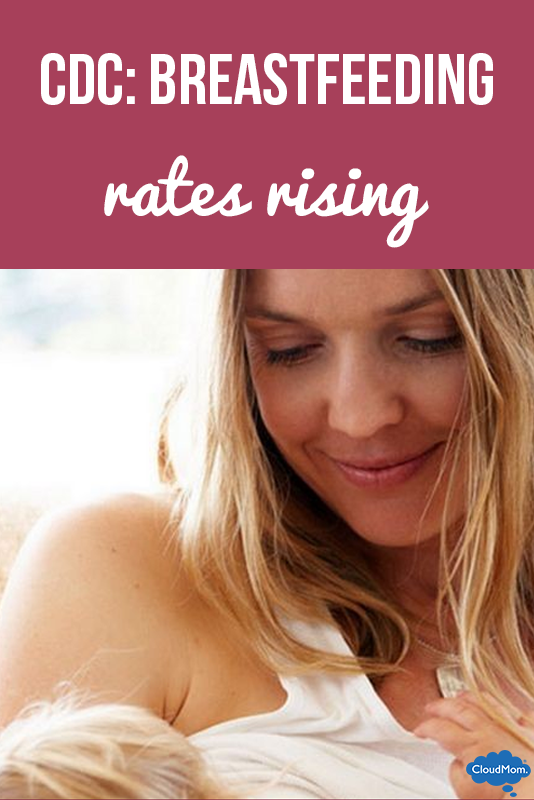 Today we’re reporting on the recent good news that the Center for Disease Control (CDC) has issued its 2013 Breast Feeding Report Card and found that 77 percent of new mothers are breast-feeding their babies, up from 71 percent about a decade ago. And almost half of breast-feeding moms are continuing to do so for at least the recommended six months.  Way to go mamas!

As reported by CBS, “This is great news for the health of our nation because babies who are breastfed have lower risks of ear and gastrointestinal infections, diabetes and obesity, and mothers who breastfeed have lower risks of breast and ovarian cancers,” said CDC Director Dr. Tom Frieden said in a press release.

CBS also notes that AAP recommends that babies are exclusively breast-fed for about six months, and then given supplementary breast-milk for 1 year or longer.

In the CDC’s report, Idaho was the state with the most breast-feeding moms, with about 91.8 percent of new mothers breast-feeding.  California, Oregon, Colorado and New Hampshire were among the top five.  By one year of age, the moms of babies in Utah, Idaho, California, Hawaii and Vermont formed the top five.

Moms, did you feel like most of the moms in your state were breastfeeding at the beginning?  How about 6 months in?

What is World Breastfeeding Week About?

World Breastfeeding Week (WBW) occurs each year between August 1-7 and honors a declaration issued in 1991 on behalf to the World Alliance for Breastfeeding Action.  Celebrated since 1992, WBW now involves over 170 countries and is endorsed by UNICEF and other international organizations.  Overall administration of WBW is done in Malaysia including the selection of the theme and slogan.

This year’s theme is “Breastfeeding Support: Close to Mothers” and highlights Breastfeeding Peer Counselling, advice by anyone from the community who is trained to support mothers.  The materials on WBW emphasis how crucial community support is after a mother has left a health facility.

Moms, did you find that you had the support you needed with breastfeeding once you left the hospital?  What community support did you receive?  Comment below!