Home » Mom » Mom Life » We Love Breasts for Sex, But Not Nursing

We Love Breasts for Sex, But Not Nursing

Another day, another attack on moms who are breastfeeding in public. 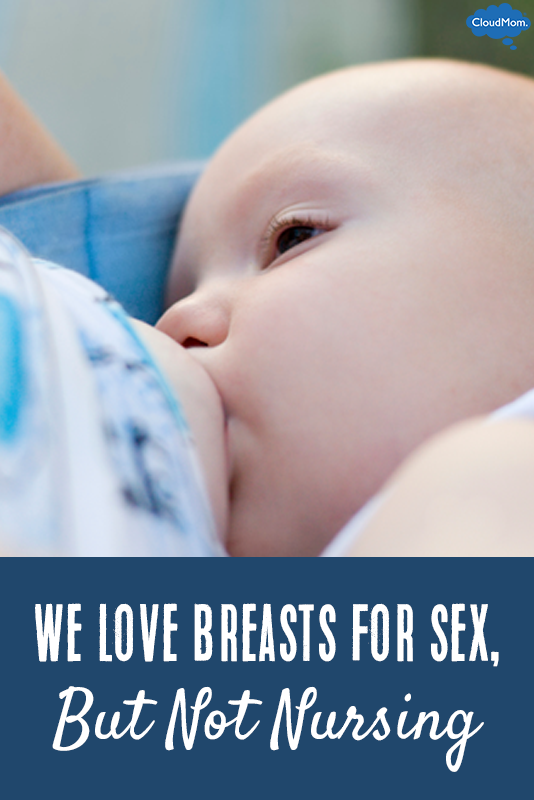 This past weekend, three Delaware moms said they were harassed and accused of “exposing themselves” by security officers and a state trooper at a Hollister retail store in a mall where they were publicly breastfeeding.  The moms were staging a “nurse-in” in support of a Texas woman who claimed “breastfeeding harassment” while she shopped at a Hollister store in her local mall.

This is just the latest in a string of recent controversies over nursing in public.  Last September, American University professor and single mom Adrienne Pine nursed her sick infant for several minutes teaching an anthropology class, and students and university administrators lambasted her for a lack of professionalism.

In July, an Ohio mom of five was removed from her post as committee chair for her child’s Cub Scout pack when she breastfed her fifth baby during a pack meeting.

And earlier last summer, a protest was held after a new mom was asked to cover up in a New Hampshire pub, lest other patrons see her breasts.

We all know that there are countless benefits of breastfeeding. And breastfeeding in public is legal in 48 states, but enforcement provisions behind these laws are scant and police and security forces are often ill-informed as to women’s right to nurse in public. And these uproars are so frequent and intense that breastfeeding support organizations such as Best for Babes are operating Breastfeeding in Public hotlines for woman nationwide.

Without going further into the factual and legal particulars of each situation, one thing is becoming crystal clear to me. As a society, we have a love-hate relationship with breasts (I personally hate my breasts post five babies, but that’s not what I’m talking about here).

I’m talking about how we react to the sight of exposed breasts and if you look at the facts, we’re hypocrites.

Show up at a red-carpet event newly pregnant with your breasts glorified by a transparent shirt like Kim Kardashian and you’ll end up in the magazines (nice work, Kim, I’ve got nothing against you and if I had them, I might FLAUNT them too). But go to a classroom, a pub, a boy-scout meeting, or a mall and use your breasts to feed a hungry baby, and you risk being asked to “cover up,” find a bathroom, or leave. Instead of being celebrated, you’re criticized or even removed from your post.

Why aren’t there any police or security forces asking Kim Kardashian to cover up? The reason is simple.  As a society, we love breasts when they represent and sell sex. But if, God forbid, the breast area is exposed while a baby is being nursed?  There is NOTHING SEXY about this (in my view) and yet people freak out.

Incidentally, find me one nursing mom who is exposing her breasts because she somehow wants someone to see them?  I’ve done this quite a few times over my six plus years nursing five babies, and let me be 100 percent clear, I don’t think I was alone in feeling HORRIFIED at the notion that someone would see my postpartum breasts. But I had to live my life: I had to get my kids around to sports and doctors’ appointments, buy things, and yes, occasionally grab a bite to eat, and if I didn’t bring my baby, that couldn’t happen.  I found that when I stopped feeding directly from the breast more than once a day, my milk supply went down.

I did my best to cover and be discreet and I believe most women do the same, but sometimes you have to see how the little person is doing down there, how they are latched on, or to listen and make sure they are getting enough to eat.  So there might be a glimpse of your breast every now and then for someone who’s really trying to see (and how many of those people are there?).

Call me boring but I’ll choose the babies any day.