Like everyone else, we’re buzzing over Kate Middleton and the royal baby here at CloudMom this week.  Tomorrow, we’ll be running an interview with royal expert and CNN correspondent Victoria Arbiter.  Victoria will be reporting in on the latest hot issues surrounding the royal baby and separating fact from fiction.  Tune in tomorrow for Cloudmom’s first official interview!

Today, I’m weighing on something in the way I normally do, not as an expert, but as a mom that likes to speak from the gut of her own experience. 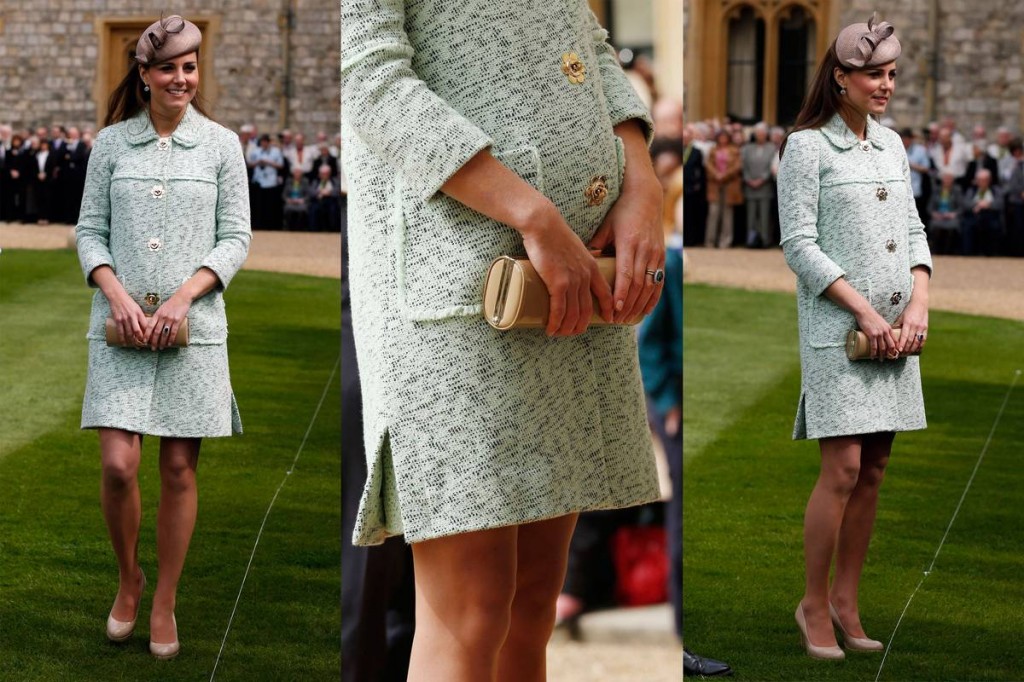 The latest intrigue surrounding the royal baby has to do with whether or not Kate Middleton will breastfeed in public.

The controversy started yesterday when ABC News reported that Beverly Turner, a British television journalist and mom of three, wrote in an op-ed piece in the British newspaper Telegraph: “What we really need is The Duchess of Cambridge to get her Royal orbs out to feed our future monarch. And to be applauded – not seethed at – for doing so.”

Since then bloggers, commentators and moms have been weighing in passionately on this issue.  Small wonder since breastfeeding issues always get us moms riled up.  Most I’ve heard are saying that whether or not Kate nurses is her personal choice.  Others are claiming that Kate doesn’t need to be a poster child for any cause, either breastfeeding or formula feeding.  Others have said that Kate’s breasts are her private property and that this issue is nobody’s business but her’s.

I wholeheartedly agree that whether or not to nurse is Kate’s personal choice, that Kate can pick her causes, and, of course, that her breasts are her property.  But still, I’m looking at this whole controversy differently.  And I think some folks are missing the point Turner was trying to make.

Here’s why.  I think Turner pulled the whole “orbs” move (somewhat crassly, I might add) for buzz.  I think her real point was that an image of Kate as a modern Royal breastfeeding her baby in public would be a positive image in support of breastfeeding, which is an area where women need more support world-wide — in hospitals, in the workplace, and at home.

Speaking practically, to pull off such a photo, Kate need not expose her “orbs” nor need the baby even be seen at all.  This isn’t to say that all woman should breastfeed in public covered up.  This too is a personal choice.  But in Kate’s situation, her physical privacy is paramount to her so she’s not going to bare all.  How could Kate breastfeed in public?  A burp cloth could be generously draped over Kate’s front and sides and over the baby … maybe even a burp cloth from St. Mary’s Hospital, just like any other mum would adopt for the task at hand.  Fancy that!  What would we see?  A royal bump underneath a burp cloth.  And a mom.

So that’s my two cents.  NO.ORBS.REQUIRED.

But after all this brouhaha and politics, I fear Kate will be dissuaded from breastfeeding in public so as not to take sides in a politically charged battle.  That’s a shame.

Do you agree with me that an image of Kate Middleton breastfeeding in public would send a positive message?  Weigh in below in the comments!