There are certain photos that I find on the internet that really just pull at my heartstrings, and this snapshot of two military moms breastfeeding their babies in public is certainly one of them. This amazing set of photos has been circulating the internet and causing a huge uproar, and surprisingly some of the responses haven’t been that great! Personally, I don’t understand the negative feedback because I’ve always had such a huge appreciation for women in uniform and to see these moms breastfeeding their babies was a beautiful image for me.

Terran Echegoyen-McCabe and Christina Luna were photographed as part of a breastfeeding awareness campaign by a military man for a local Mom2Mom support group. The photo was greeted with a wide variety of feedback, both negative and positive. One person, feeling so strongly opposed to the picture, compared the picture to defecation (which is absurd in my opinion, for lack of better words). As for my own vote? I totally salute them. I can’t think of anything more lovely than the image of two women in uniform breastfeeding their babies in between drills. 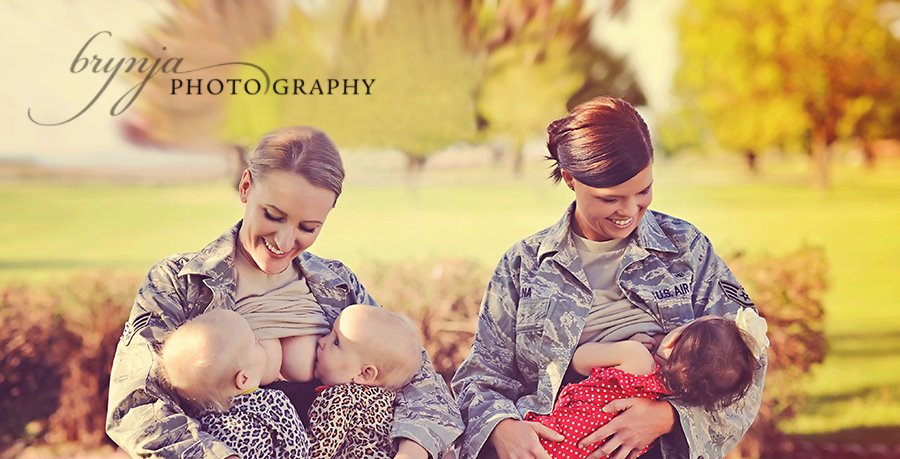 Have you ever gotten ugly stares for breastfeeding in public? I know I sure have! Are you a military mom and have you received criticism for it? Watch my video for more feedback about the photograph, and share your own thoughts about the picture below!