New York City Mayor Michael Bloomberg has come under fire for his breastfeeding initiative, but in my view the reaction has focused too much on the image of a locked up cabinet of formula. To me, Bloomberg’s plan isn’t about coercion and a denial of a woman’s right to choose — I think it’s simply about trying to encourage women to do something that’s healthy for their babies and for them too. 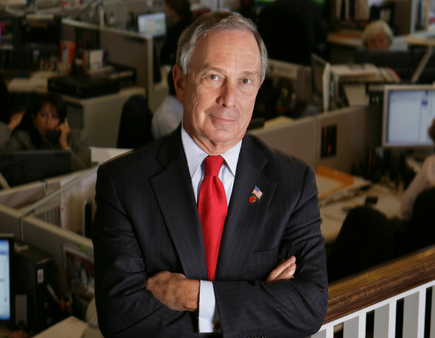 Bloomberg’s initiative, dubbed Latch On NYC, calls for hospitals to lock up formula and track its distribution like other medication. Newborns will only be given formula for medical reasons or if the mother requests it.

Having nursed five babies, I can say first hand that breastfeeding is very difficult and takes a lot of practice.  Nursing doesn’t come naturally to all of us — it’s often something you learn to do and it takes tremendous hard work, dedication, and perseverance!

This doesn’t mean that moms who don’t nurse should be stigmatized; of course, choosing between breastfeeding and formula should be their choice.  Giving formula is not child abuse, it is a perfect alternative to breastfeeding for many moms.  We should all recognize that many babies do need formula right away for medical reasons.  Then, there are the moms who decide nursing isn’t going to work for them because quite simply it will cause too much stress, which is never good.  And the moms who decide they cannot nurse because they have to do something called work, or they need the time to take care of their other kids or even a sick relative.  Nursing is tremendously time consuming and can take the mom away from other responsibilities.  With my last baby, I shared a room with a mom of seven who told me she could not swing nursing — how could anyone be critical of that decision?  Unless Bloomberg is willing to come in and nurse that baby himself — which I don’t think any lactation consultant in the world could make happen — I don’t think he can say much about this woman!

And, frankly, I don’t think he would (criticize this woman, that is, not try to nurse her baby!).  In my view, we’re taking this initiative too much at face value with the image of a locked cabinet.  Bloomberg is not trying to starve babies or punish moms.  Rather, to me, he appears to be thinking about those moms who may not know enough about how beneficial nursing is and he is and saying: “Look ladies, medical research indicates it is good for you and good for your baby.  Don’t give up!  Go for it!”

So, although I do think formula should be made available to moms who need it with no stigma attached, I do take my hat off to Bloomberg for encouraging nursing because medical research indicates that the benefits of breastfeeding are great for mom and baby!  We have to start somewhere and that somewhere is in the hospital where many of these precious babies arrive.