Hi there, mamas and papas! Despite our attempts to keep it at bay, diaper rash often proves to be a recurring problem for babies and parents. A form of skin inflammation on your baby’s bottom, diaper rash is a general term used to refer to inflamed, red skin in baby’s diaper area. A moist diaper area or chafing of the skin by the diaper are most often to blame. Here are my tried and true trips to prevent and treat this stubborn problem:

The easiest way to prevent diaper rash is to change your baby’s diaper often, at least every hour or two, not just after a bowel movement. When moist diapers entrap baby’s delicate skin for hours, holding in moisture from the skin or a humid climate, baby’s bottom easily inflames. Prevent this by putting a timer on your phone and changing that diaper frequently during baby’s awake time. (Unless the situation is dire, I would not wake a sleeping baby to change a diaper, since this can affect your baby’s feeding and sleeping schedule, but check with your doctor on that one).

With my kids, I noticed that when I fastened their diapers slightly looser, diaper rash occurred less frequently. When you allow a bit of air to circulate in and out of the diaper, your baby’s diaper area stays dry, accumulates less bacteria, and won’t tend to get as irritated. Now, this is obviously a balancing act since you don’t want certain things seeping out of the diaper, so try to fasten the diaper tightly while not gluing it to your baby.

Before putting on your baby’s diaper, clean your baby’s diaper area thoroughly with warm water and a mild soap and allow the area to air dry. Also try non-irritating wipes. In both cases, allow the bottom area to dry thoroughly before putting on a new diaper. Since residual soap can have the same effect as sweat or bacteria on baby’s skin, make sure the skin is clean and free of soap.

If your baby’s skin is particularly sensitive, you might elect to apply diaper rash cream or ointment during each diaper change as a preventative measure. In order to avoid irritating baby’s sensitive skin, I opted for natural ointments and creams. Alternate between an organic cream and an ointment; this way, your baby’s skin will not develop a resistance to the treatment. For creams, I recommend Boudreaux’s Butt Paste (and yes, I love the name too). For ointments, I opted for Era Organic’s Diaper Balm. 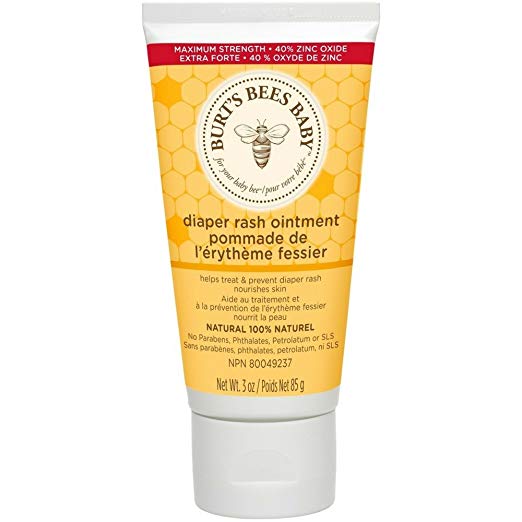 If your baby continues to suffer from irritation in their diaper region after trying out these tips, recommend switching diaper brands. Mainstream diaper brands often include fragrances and chemicals that cause irritation. Try out some natural and organic diapers which are free of these chemicals. After doing so, if your baby still battles chronic diaper rash, talk to your pediatrician. Your baby might be fighting a more complex skin problem that requires special care.

Hope this tips helped and see you back soon on Cloudmom!